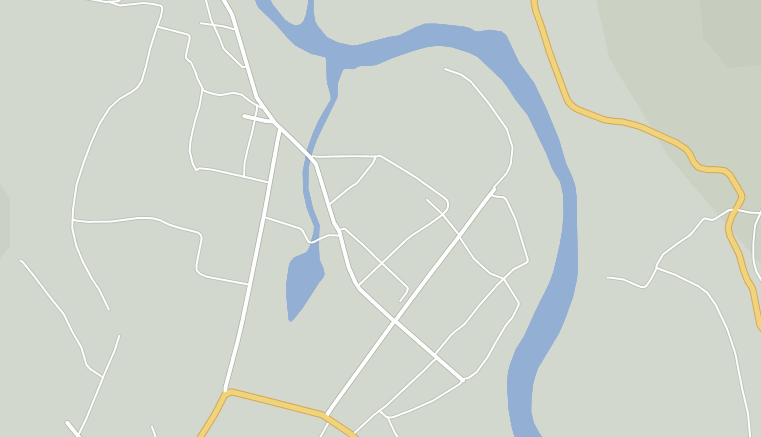 The maps are based on data from South Korea’s National Geographic Information Institute (NGII) and, according to local media, provide greater coverage of North Korea than Google Maps.

You can check the maps out for yourself on Daum’s mapping site.

It covers all of North Korea, detailing towns, roads, railways and stations, buildings and other landmarks but excludes the area near the inter-Korean border. The South Korean government has imposed restrictions on mapping of the border region inside its territory for years. On Google Maps, the border area in South Korea appears in satellite pictures but is largely devoid of roads and other landmarks in the mapping function.

A satellite view of the Korean border from Daum Maps. The area between South Korea (to the right) and North Korea doesn’t include satellite imagery at fine resolution for security purposes. The imagery is available on Google Maps.

Launch of the data on Daum has received widespread coverage in the South Korean media.

The Joong Ang Ilbo quoted a researcher at the NGII as saying the maps have a 2.5 meter resolution, which means the pictures aren’t as sharp as Google Maps but, “the map covers all areas of the North, while Google only provides a few big cities like Pyongyang and Sinuiju.”

To see the difference, I chose at random Chasong (???), a small town of a few thousand people north of Kanggye near the border with China.

The satellite images show that Google still maintains a big lead over Daum in that department. 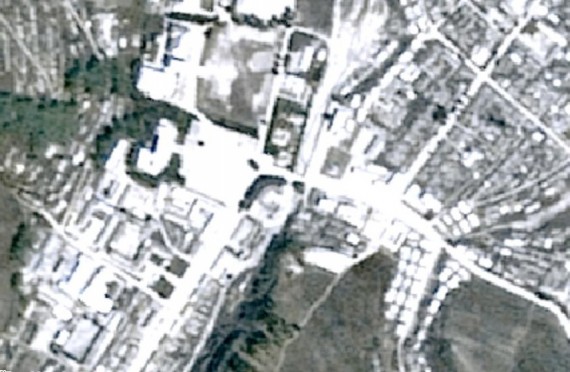 The Daum map shows the city in quite a harsh light which, combined with the 2.5-meter resolution, makes things difficult to make out. In contrast, Google’s satellite picture is a much higher resolution so items like the monument in the town square (center, right) can quite clearly be seen. 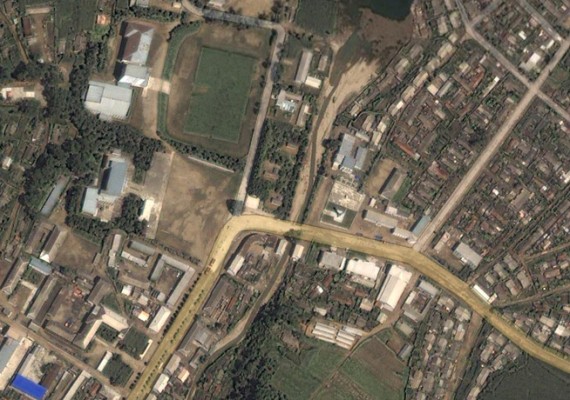 But the NGII data presented by Daum clearly has the lead on railways and roads. Google has been asking volunteers to help fill out its map, but it’s still incomplete. The NGII data on Daum shows much more. 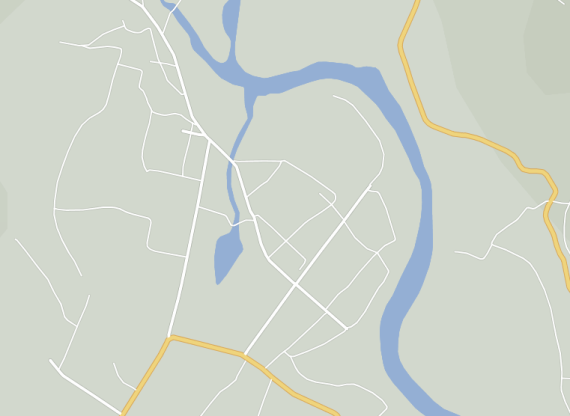 And here’s the same area in Google Maps: 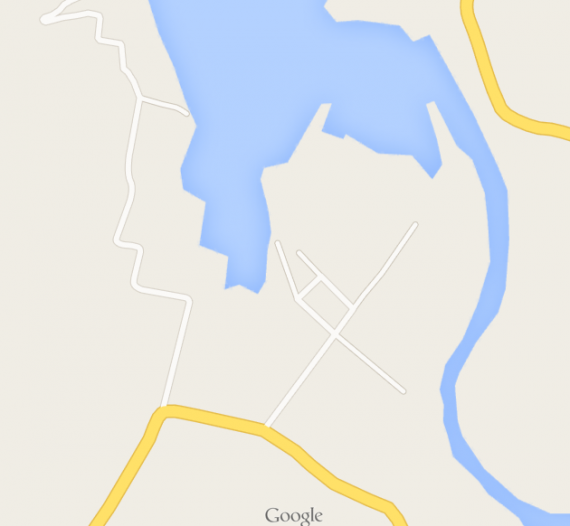 It’s easy to see that the Daum map shows more roads and has more detail than Google.

The Daum Maps even give a clear view of North Korea’s concentration camps: 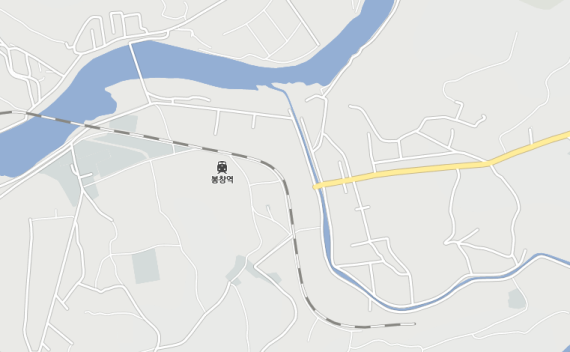 Kaechon Gulag and Bukchang Gulag as shown on Daum Maps on August 30, 2014. 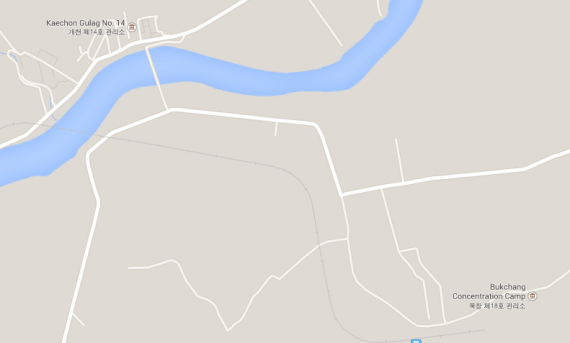 Kaechon Gulag and Bukchang Gulag as shown on Google Maps on August 30, 2014.

Google launched navigation in North Korea on Google Maps earlier this year and the extra roads would, in theory, help provide more accurate directions but in reality, there are probably few who would rely on Google Maps to get around the country.