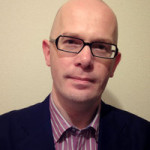 North Korea Tech is dedicated to covering and collecting information regarding the state of information technology and related industry in North Korea. You can expect to find articles related to Internet connectivity in the country (yes, it does exist), North Korea’s use of technology, the country’s centrally-controlled and heavily-censored mass media, independent media operations, and anything else that I think is linked to these areas.

I started covering North Korea when I worked in Tokyo for IDG News Service. I was stationed there for 15 years and watched the wealth, knowledge and prosperity gap between North and South Korea expand greatly.

After moving to Japan I quickly became fascinated with the county. I grew up in Europe during the cold war and spent hours listening to shortwave radio broadcasts, including those from the USSR and communist states. North Korea appears today an even more difficult country to understand than the USSR ever was, thus my interest as a journalist.

I left Tokyo in September 2011 and spent a year as a John S. Knight Journalism Fellow at Stanford University. I studied technology that can be used to help information flow in closed societies.

If you have any comments, contributions or corrections please get in touch: [email protected]