This year’s Spring International Trade Fair is taking place in Pyongyang this week.

As usual, the fair serves as a showcase for domestic products and technology and a place for foreign companies to display their goods and make domestic contacts. This week’s fair has drawn companies from China, Germany, Malaysia, Mongolia, Syria, Switzerland, Singapore, the U.K., Australia, Austria, Italy, Indonesia, France, Poland and Taiwan, reported KCNA.

The event opened on Monday at the Three Revolution Exhibition in the north of the city and drew a number of top-officials. Present on the fair’s opening day included Kang Sok Ju, vice-premier; Ri Ryong Nam, minister of foreign trade; and O Ryong Chol, vice-minister of Foreign Trade.

KCNA carried a brief item on the event and it got 2 minutes and 20 seconds on the evening news. I’ve excerpted some frames from the report below. (Sorry for the poor quality, it’s the best available to me.)

I’ve been able to determine this partial list of exhibitors from the TV footage.

Of particular interest is the stand of a company with the “Kacon” logo. 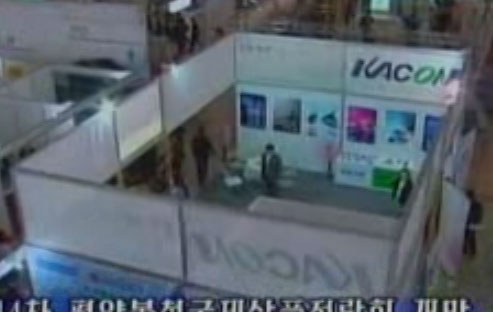 It appears almost identical to a South Korean company of the same name.

Has a South Korean company taken out space at the show, perhaps through a subsidiary or dealer? If you have any information on this, please leave it in the comments.

Some of the other companies taking part:

Puhung (possibly Korea Puhung General Trading, part of the Third Bureau of Engineers formed to acquire raw materials for the country’s nuclear program, according to reports. Can anyone match the logo?) 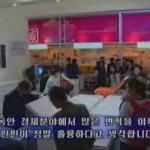 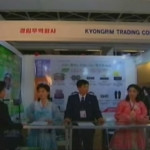 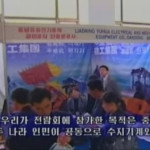 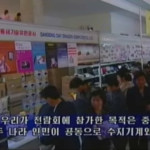 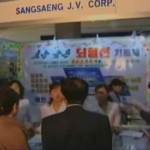 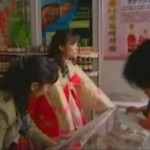 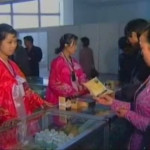 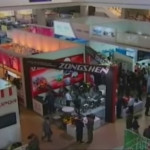 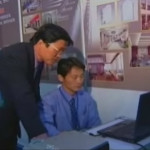 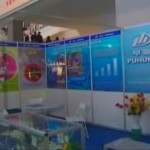 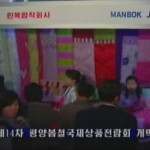 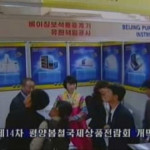 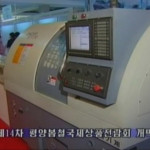 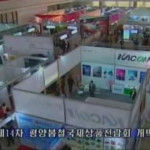 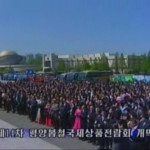 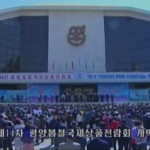 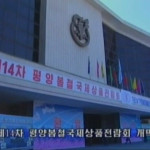