The North Korean netbook highlighted in a state TV report in March appears to be made in China.

After posting an entry about the device and two other computers, both available in North Korea according to the TV report, several readers pointed out that one of the computers bears a remarkable similarity to low-cost netbooks on sale in several countries around the world.

Most often cited was the “Sylvania” netbook on sale at CVS stores in the U.S. A similar laptop is also available in several other countries and can be found on several online stores and eBay.

After a bit of searching, it appears the original manufacturer is Menq, a company based in Shenzhen, China, that specializes in low-cost computers.

There are several computers in the company’s Easy PC range and they all look pretty similar.

Exactly which model the North Koreans are customizing is unclear. 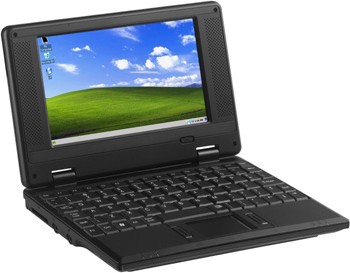