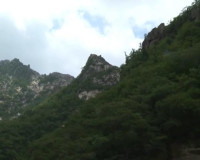 North Korea plans to allow Internet access and the use of mobile phones by visitors to the Mount Kumgang tourism zone.

Visitors are typically relieved of their mobile phones when entering North Korea and public Internet access is not available inside the country.

But the country is establishing a special tourism zone around Mount Kumgang, the scenic North Korean mountain resort that was the subject of a previous tourism agreement with Hyundai. The South Korean company halted tours to the area in July 2008 after a South Korean tourist was accidentally shot while walking along a beach in the region.

More than a thousand tourists were visiting the area each day when the shooting happened and the suspension of service has meant losses of millions of dollars for North Korea.

To show its frustration, the DPRK recently kicked out the remaining South Korean staff and set up the new tourist zone, dubbed the “Special Zone for International Tour” or SZIT.

A new law to support the SZIT guarantees access to basic communications: 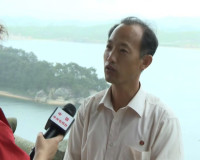 In a recent interview with China Central Television, an official (pictured, right) confirmed some of the plans.

The official was not named, but identified as “with the guidance bureau of the Mt. Kumgang international special tourist zone.”

He said Internet access would be available and said the phone service detailed in the law would include mobile phones.

“In our special zone, we shall introduce a visa-free entry system. Mobile phones and internet services will be allowed in the special zone. Visitors are allowed to go around freely in the special zone. We are considering such preferential policies as tax reduction and exemption for anyone who invests in such infrastructure facilities as railway, port or highway.” – CCTV interview, June 27, 2011. 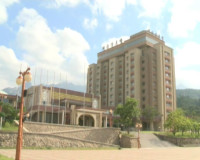 No further details were provided. North Korea has two cellular telephone networks. A 2G GSM network called Sunnet, that has limited coverage and a small number of customers, and the much more widely available Koryolink 3G WCDMA service.

Koryolink would be the most likely candidate for service, but I’m unaware of any roaming deals the network has with foreign carriers.