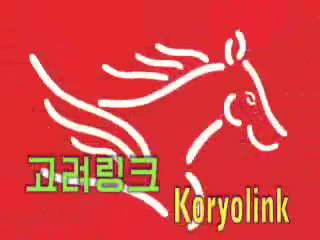 The CEO of Egypt’s Orascom Telecom Media and Technology (OTMT), which owns 75 percent of North Korea’s sole 3G cellular operator, is back in Pyongyang, according to KCNA. [Updated. See below]

The North Korean news agency said Naguib Sawiris arrived on October 4 with four colleagues. It provided a couple of pictures of Sawiris and his party at the airport.

From the airport, Sawiris went to the Mansudae Art Studio where he visited the equestrian statues of Kim Il Sung and Kim Jong Il and paid his respects. He laid a bouquet and “paid tribute to the peerlessly great persons,” according to the KCNA report.

Later in the day he visited the Pyongyang Children’s Foodstuff Factory and saw production for a bean-flour drink, the state news agency reported on Friday. The also visited the Rungna Dolphinarium.

Sawiris has visited North Korea many times in pursuit of his business interests. In addition to holding a majority stake in the Koryolink cellular network, he also has banking and construction interests in Pyongyang.

His last reported visit was in February this year, shortly after the death of Kim Jong Il.

Sawiris retained control of Koryolink when he restructured his telecom holdings and sold off a large portion of Orascom’s telecom efforts to Russia’s Vimpelcom. However, the restructuring meant Koryolink’s operations in North Korea became much more opaque. Whereas in the past Orascom issued a quarterly English-language report with details of the operator’s business, since the restructuring it has not announced any details of its business there.

[UPDATE] KCNA reported that Sawiris and his party departed Pyongyang on Saturday. Only one other piece of information was reported about the visit: a gift from Sawiris to Kim Jong Un was received by a state official on Friday. The nature of the gift was not reported.