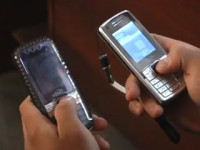 The news was disclosed this week by the Koryolink CEO Ezz Heikal in Pyongyang and later confirmed by the company’s head office in Cairo. It means that Koryolink will have roughly doubled its subscriber base in the last 15 months. Koryolink hit a million subscribers in early February 2012.

Only a few years ago it would have been unusual to see anyone in Pyongyang speaking on a cell phone, but that all began to change in December 2008 when Koryolink launched its service. It’s now available across Pyongyang, in all major cities and along main road and rail routes around the country.

Subscribers are offered voice, text message and web browsing service on their phones, but North Korean regulations prevent citizens from direct international communications or Internet service. Foreigners in the country have a different class of service that allows international connectivity, but shuts off access to most domestic phone lines.

Service was recently expanded to short-term visitors such as tourists. The service originally offered voice and data service, but that was recently scaled back to just voice service.

Koryolink is operated by Cheo Technology, which is a joint venture between Egypt’s Orascom Telecom Media And Technology Holding (OTMT) and North Korea’s Ministry of Posts and Telecommunications. OTMT holds a 75 percent stake and the North Korean government owns the remaining 25 percent.

Visibility into the company’s North Korean operations has suffered in the last year since Koryolink ownership was transferred from Orascom Telecom to OTMT. The former owner published a detailed quarterly report with subscriber and financial data, but most of that disappeared when ownership was switched to OTMT.

Here’s a graph of subscriber growth. Because of the ownership change, quarters from Q1/12 are approximate and some data is missing, but this gives a good idea of the overall growth. 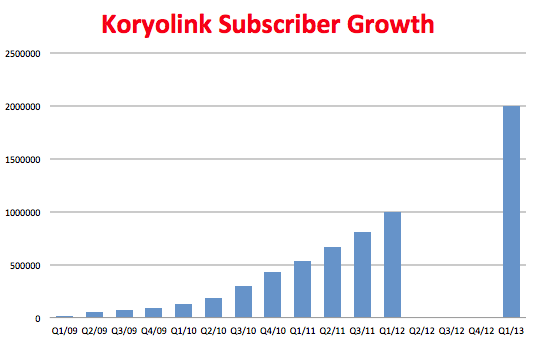