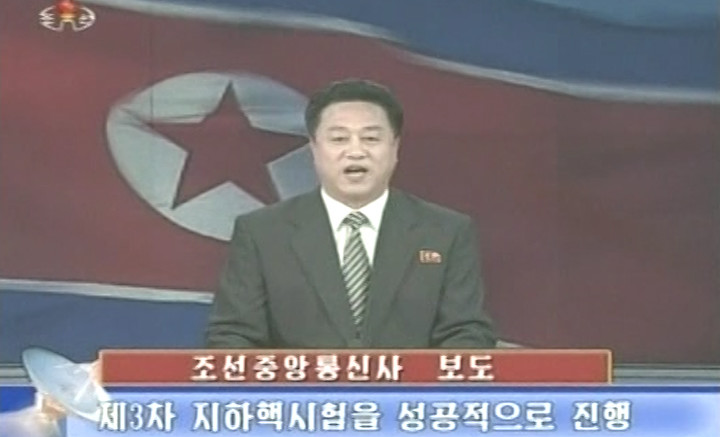 “The test was conducted in a safe and perfect way on a high level with the use of a smaller and light A-bomb unlike the previous ones, yet with great explosive power,” the agency said in a brief report. The type of nuclear device was not detailed.

The test came after several weeks of warnings by North Korea, and was strongly condemned by its neighbors.

South Korea condemned it as an “unacceptable threat to regional peace” and the United Nations Secretary General said it was “a clear and grave violation of the relevant Security Council resolutions.”

“The Secretary-General is gravely concerned about the negative impact of this deeply destabilizing act on regional stability as well as the global efforts for nuclear non-proliferation. He once again urges the DPRK to reverse course and work towards de-nuclearization of the Korean peninsula,” United Nations statement.

The UN Security Council is due to meet on Tuesday.

Here’s a Storify with details as they come in.