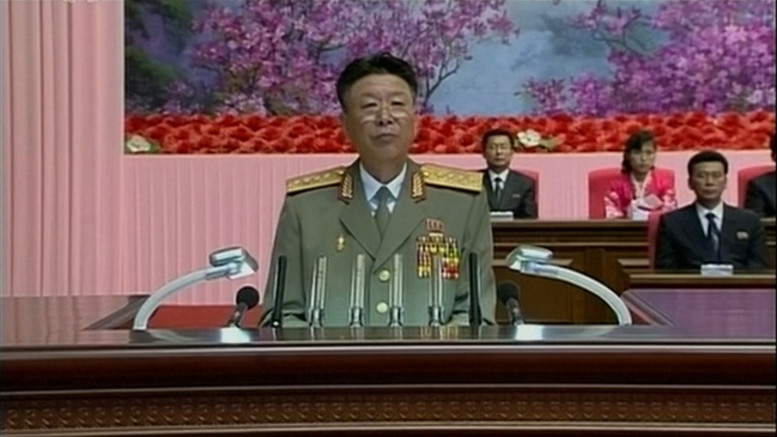 Ri Yong-gil, chief of the Korean People's Army, is seen speaking at an event in Pyongyang in this image from Korean Central Television (Photo KCTV/North Korea Tech)

The U.S. State Department says it has no reason to doubt media reports that Ri Yong Gil, North Korea’s army chief of staff, has been executed.

“Frankly, it exemplifies, I guess, the brutality of the political climate in North Korea,” said Mark Toner, the State Dept.’s deputy spokesman, during a briefing on Thursday.

Toner was pressed on whether the U.S. government had any information that would cause it to doubt the report.

“I don’t think we have any indication to doubt that those reports are true,” he said.

Several times in the past, South Korean government officials have claimed a member of North Korea’s ruling elite is dead only for them to appear several weeks or months later in official media.