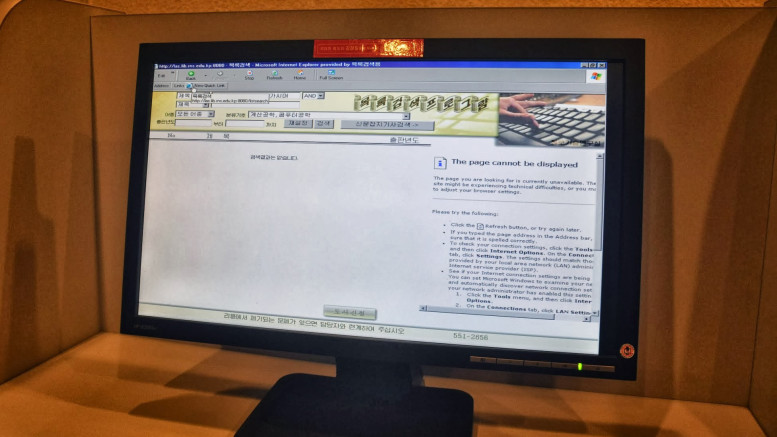 The world of the Internet in North Korea has always been opaque. The country maintains a handful of websites on the global Internet but doesn’t do a very good job of promoting them, leaving new ones to be discovered by chance. But on Tuesday, a list of all current North Korean domain names was laid open to the world.

The list was available through queries to North Korea’s server on the Domain Name System (DNS), the system that translates human-friendly domain names like “northkoreatech.org” into the numeric addresses used by computers to communicate.

The server has been around since North Korea first connected to the Internet in 2010, but it had been set to ignore requests for all of its records. On Tuesday, perhaps in error, those requests were being accepted.

So what did it reveal?

And under those domains, these subdomains:

The most surprising thing in this list is that it’s pretty much what has been figured out in the last few years. A couple of the sites I haven’t seen before, and those are noted above without any explanation, but otherwise there are few revelations.

It’s important to note this isn’t the domain name system for the internal intranet. That isn’t accessible from the Internet in any way.