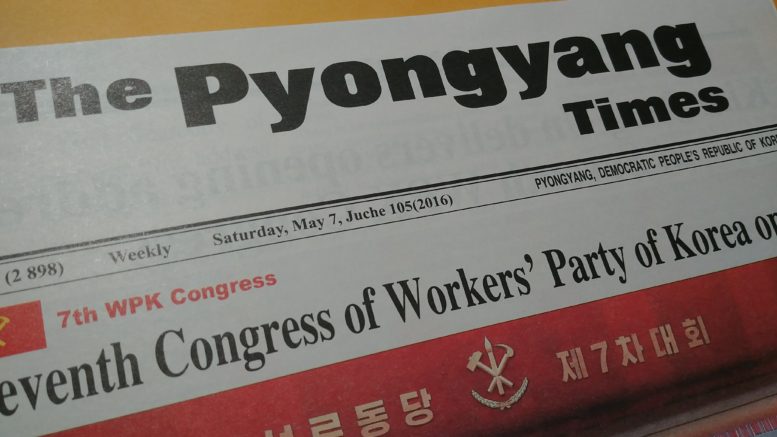 North Korea’s only English-language newspaper, The Pyongyang Times (평양타임즈), has firmed up its online presence with its own URL: pyongyangtimes.com.kp .

The newspaper’s articles have been available as a subsection of the Naenara (내나라) website and the new address isn’t a new website but a link directly into that Naenara section. The same site also hosts articles from the French-langauge counterpart, Nouvelles de Pyongyang.

The news isn’t much different from the rest of the propaganda output from North Korea, so regular watchers of KCNA are unlikely to find much of interest in the newspaper.

The printed newspaper was first published in 1965 and the newspaper claims it is published weekly and distributed to over 120 countries.