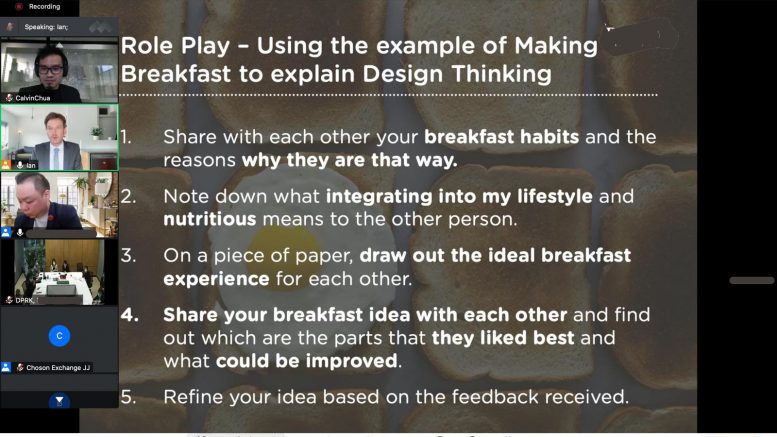 Singapore-based Choson Exchange recently concluded a series of seminars with a university in Pyongyang that included two sessions conducted live over the Internet. The seminars are believed to be among the first to involve a live link between a North Korean university and lecturers outside of the country.

Four of the six lessons were pre-recorded and distributed to the participants and two were conducted live. Participants would then relay information learned in the seminar series to their students, explained Bennett.

The live lectures were conducted via Voov Meeting, a video conferencing system operated by China’s Tencent. Voov is the international brand of the Chinese domestic Tencent Meeting service;that link makes it easy for users in and out of China to connect to the same system. Since North Korea’s main Internet link connects to the rest of the world via China, connections to Chinese-based services should be strong.

“We had a few latency issues, and they dropped out a couple of times—but not massively worse than you’d expect on a normal business calls,” said Bennett. “There was enough bandwidth for them to maintain video connection most of the time.”

While most North Koreans do not have access to the Internet, monitored access is available at many universities for research purposes.

With the successful conclusion of the course this week, Choson Exchange hopes to conduct more live lectures later this year. The organization has been running seminars in Pyongyang and Singapore focused on entrepreneurship, business and commerce since 2007 . The latest virtual series comes as North Korean remains closed to outside visitors due to the COVID-19 pandemic.