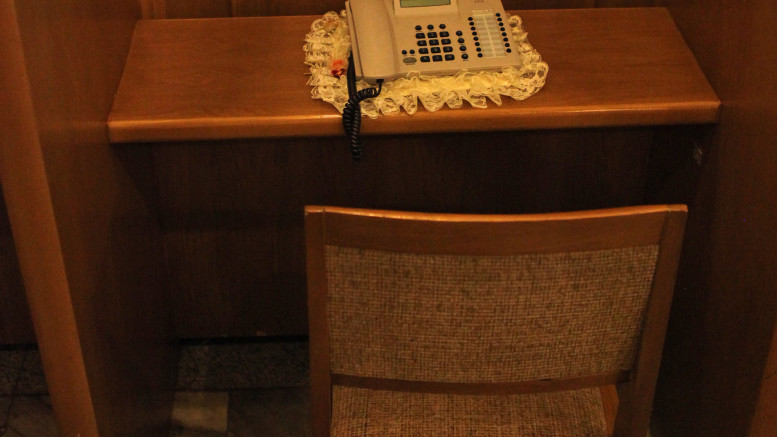 A phone available for international calls in the lobby of the Yanggakdo Hotel on Sept. 10, 2010 (Photo: Roman Harak/CC-by-sa-2.0)

Calling overseas from a hotel room is never a cheap experience, especially so in North Korea. A guide to the Pyongyang Hotel published in late 2021 provides an updated look at the cost of international direct dialed calls from guest rooms. 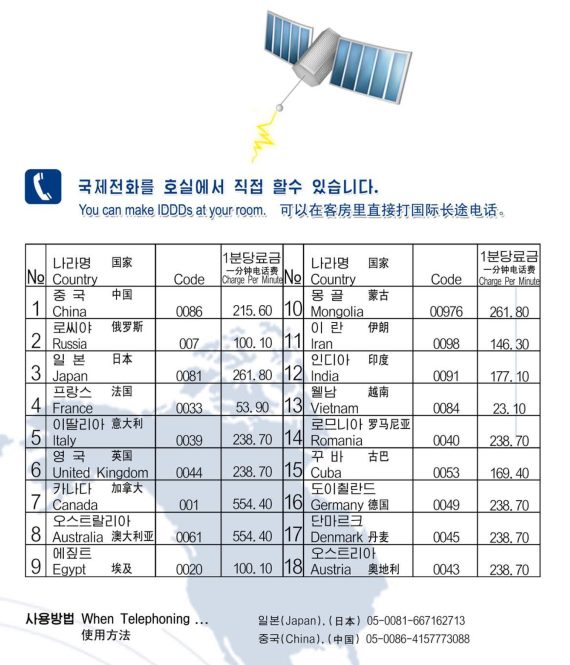 The price of calls varies considerably and there doesn’t seen to be much reason behind the difference in rates. Based on the current official exchange rate of about 100 NK won to the US dollar, calls to Vietnam are just 23 US cents per minute, while calls to Canada and Australia cost a whopping $5.54 per minute. A call to neighboring Russia is a dollar a minute while calls to China are $2.16 per minute. Calls to most European countries cost $2.39 per minute but to France it’s just $0.54.

North Korea routes its international telecommunications through a satellite gateway south of Pyongyang and landlines to China and Russia. It’s unclear the route these phone calls take, although none of those three routes would explain the mysterious differences in prices and why, for example, a call to France is a quarter the price of any other European country or why it’s almost 90% cheaper to call Vietnam than China.