North Korea appears to have made its first full connection to the Internet and the first site online? A new home for KCNA.

The site appeared as part of a routine scan I’ve been doing of Internet addresses issued to Star, the Thai-North Korean joint venture that I wrote about in a Computerworld story [North Korea moves quietly onto the Internet] in June 2010.

The network is connected via China Netcom and so far there’s just the KCNA Web site. As you can see from the image, it looks different to the Japan-based site run by Chongryon (Chosen Soren) and has the advantage of carrying same-day reports and images.

There are also two other Web sites running in the IP space, but right now they’re just Apache test pages.

Here’s my full story on this in Computerworld: North Korea opens up Internet for national anniversary and the new KCNA Web site is here: http://175.45.179.68/ 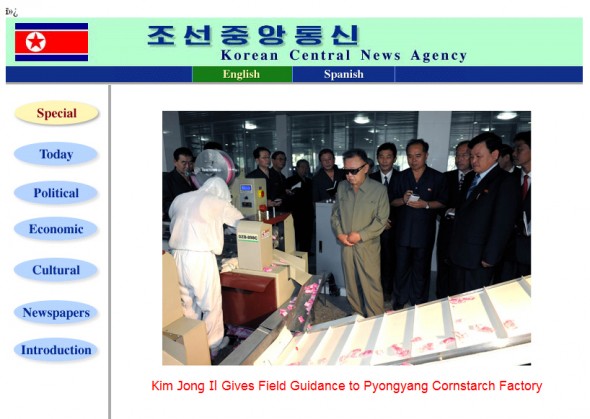