South Korea’s latest attempt to sway the minds of the North Korean people looks like a dud before it’s even begun.

This month, the South Korean military begins regular programming on a new shortwave radio station aimed at the DPRK, but the selection of frequency, low transmitter power and aggressive jamming means few if anyone in the DPRK can probably hear it.

Voice of Freedom began several years ago on FM along the border. The use of FM hobbled the station because the signals typically only travel a few tens of kilometers and are susceptible to being blocked by the many hills in the area. 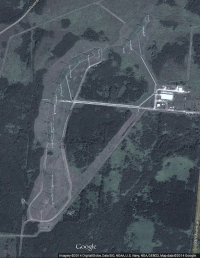 In May Voice of Freedom began test broadcasts began on shortwave, which can reach much further because the signals bounce off the ionosphere and come back down far from the transmitter site.

It’s the only reliable way to get regular radio programming into North Korea and is used by several broadcasters, including outlets like Radio Free Asia, which use high power transmitters as far away as the Northern Mariana Islands to get their signal into the DPRK.

Radio stations can choose their own spot on the shortwave dial and, while it’s less crowded than it used to, the frequency still needs to selected with care. It not only needs to avoid other stations, which come on and off the air at different times of day, but to match the expected atmospheric conditions for the time of year and the distance to be covered.

Voice of Freedom turned up on 6,135kHz, well inside the most crowded shortwave band in East Asia. This means it not only has to overcome North Korean jamming, which is already aggressively blocking its signal most days, but it also has to compete with more powerful stations.

“I don’t know who or why they picked this frequency,” said Jamie Labadia in an email to North Korea Tech. Labadia is a U.S.-based shortwave engineer who was contracted by the South Korean military to build the station.

“Not only is it the most crowded band one could pick in the evening, it is also rather high in frequency for the short distance to the target area,” he said. The frequency was suitable for the daytime, but at night the signal was probably bouncing right over a large part of the southern portion of North Korea.

In the couple of weeks before North Korea caught on to the broadcasts, they were being heard across Asia and in the United States, but no more. North Korean jamming, similar to that faced by Radio Free Asia, Voice of America, KBS and several other broadcasters, has been wiping out the signal.

“I know the pulse is destroying us,” Labadia said to Glenn Hauser, author of the popular DXLD shortwave newsletter. “Pretty discouraging to go through all of these struggles, only to have it be for naught.”

Labadia said he had “tried to convince [the South Korean military] to use a second frequency, however as of now they are staying on 6135.”

Two stations run by South Korea’s National Intelligence Service use a series of transmitters on different frequencies to maximize their chances of getting through North Korea’s jamming blockade. As of now, it looks like Voice of Freedom won’t be doing the same so the station might be an exercise in frustration.

The station isn’t on air during work hours because foreign radio listening is typically done in secret, at home.