South Korea has stepped up propaganda radio broadcasts targeted at North Korea and attracted a fast response from the country.

Voice of Freedom, one of three government-run radio stations that broadcasts to the north, launched a tentative shortwave service at the beginning of May, but the signal is already being aggressively blocked by the North Korean authorities.

The station is operated by South Korea’s Ministry of Defense and has been broadcasting towards North Korea for years. Programming was halted in 2004 after an inter-Korean friendship accord but was resumed in 2010, shortly after the South Korean Cheonan corvette was sunk with the loss of 46 lives. South Korea accused the North of torpedoing the ship.

The FM transmissions used by the radio station probably only reach a few kilometers into North Korea but shortwave is capable of traveling much further. With a clear channel, the signal can easily cover the entire country. In fact, radio monitors in the U.S., Japan and other countries have been hearing the signal.

But since May 22, the signal has often been covered in noise — jamming by powerful transmitters in North Korea intended to make the station impossible to hear.

In the last couple of days, the jamming has been absent — something that occasionally happens, presumably due to electricity or technical problems.

Here’s what Voice of Freedom sounded like on June 10, as recorded by Ron Howard in California. The program is “How How English” (or possibly H?o H?o English), an English-language instruction show.

Voice of Freedom is about to get a little more powerful, according to Jamie LaBadia, the engineer building the transmitters.

“I have one transmitter on at 5 Kilowatts,” he wrote in a message to Glenn Hauser, who publishes the popular “DXLD” shortwave radio newsletter. “I’m awaiting the arrival of some capacitors to upgrade the De-Coupling in both transmitters, then I will finish up the protection circuits so I can increase power to 10 Kilowatts.”

But such an increase probably won’t be enough to be heard over the North Korean jamming.

“I know we are getting our “clock cleaned” by jammers from the north,” he wrote. “It started out with just a “dash”, C.W. [morse code] jammer. However, now it is a tactical Multi-Pulse jammer. Well, it must mean we are being heard in the target area. I don’t imagine they would waste a powerful resource like that on an ineffectual signal.”

Other Stations On Air

The increase in broadcasts comes six months after another station, MND Radio, left the airwaves. It was programmed by South Korea’s Ministry of National Defense and ran a few hours of programming a day via shortwave since 2011.

Two other radio stations, Voice of the People and Echo of Hope, have been broadcasting anti-DPRK programming via shortwave for years and are believed to be run by South Korea’s National Intelligence Service.

An investigation by North Korea Tech in 2013 pinpointed the site of the Voice of the People broadcasts to a fortified field north of Seoul.

The location of the Voice of Freedom transmitter hasn’t been disclosed or determined. La Badia, the engineer working on the project, said he’d signed an agreement to keep its location a secret.

Some have linked the transmissions to a site near Hwasong, south of Seoul, that is also said to be home to the Echo of Hope broadcasts, but no evidence has been presented to back up those claims. 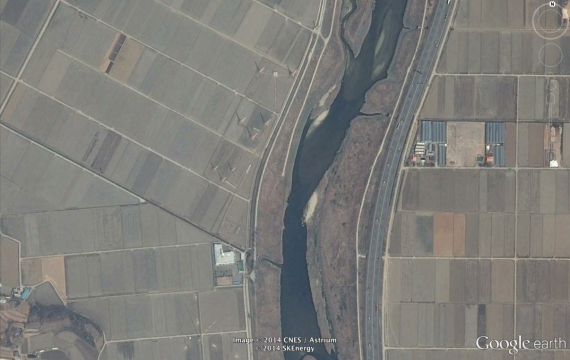 A transmitter site in Hawsong, south of Seoul, that is said to be home to a South Korean intelligence service radio station.  The transmission towers can be seen in fields to the left of the river. (Google/NorthKoreaTech)