Korean Central Television (KCTV) is moving transponders on the Thaicom-5 satellite at the end of this month.

Anyone receiving the channel via satellite will have to retune to continue watching. It’s moving from the current transponder 3G at 3504MHz H to transponder 7G at 3695MHz H.

KCTV has been on its current transponder since at least 2007, which is shortly after Thaicom-5 was launched. The new transponder has a similar footprint to the old one, so the reception area and equipment needed shouldn’t change.

The station has been broadcasting on the new channel since July 1 and will end transmission on the old channel on Oct. 31.

Thaicom-5’s Global beam covers all of Asia, the Middle East and much of Europe although the C-band signal is much weaker than conventional direct-to-home satellite services. In most areas a dish of at least 1.8 meters is required for reception with a larger 3-meter dish being the recommended size. 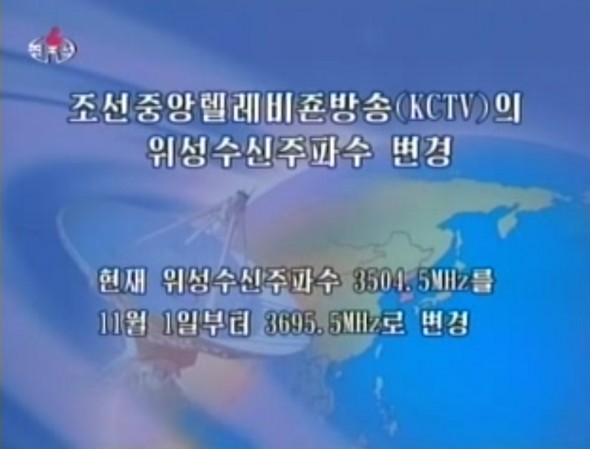