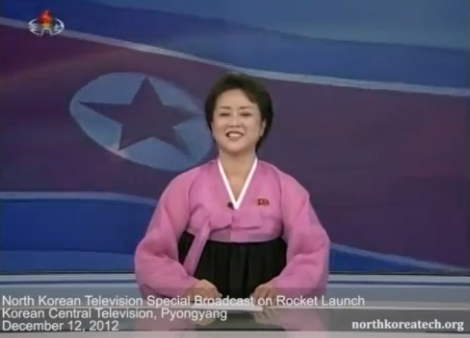 North Korea’s state media has claimed success in its attempt to put a satellite in orbit.

The second version of satellite Kwangmyongsong-3 successfully lifted off from the Sohae Space Center in Cholsan County, North Phyongan Province by carrier rocket Unha-3 on Wednesday.

And here’s the special news broadcast that went out on state TV at just before 12:05pm on Wednesday: