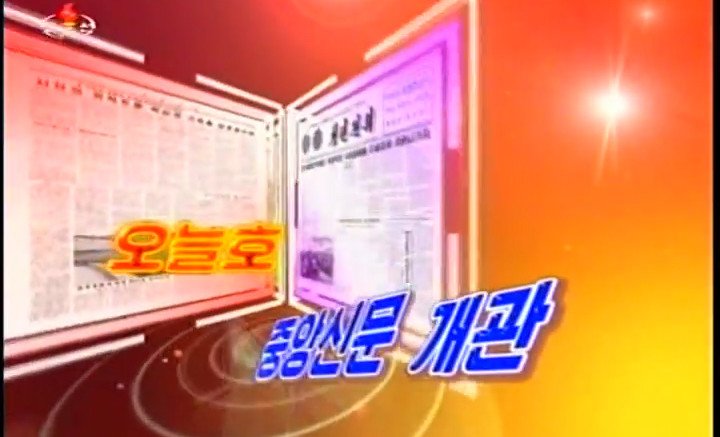 A closer look at the programming reveals it wasn’t the only part of the newscast that was given a new look.

The newspaper review, which is a staple of the early evening 5pm bulletin, also has a new graphics package and a much lighter musical intro.

The new graphics also give more prominent placement to the names of the country’s four main newspapers:

The content of the newspaper is however, not changed. It’s still a rundown of the major stories in the newspapers. Almost all have to do with the activities of Kim Jong Un, proclamations from the Korea Worker’s Party or news about industry and agriculture from around the country.