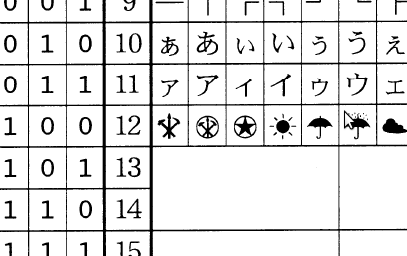 A couple of months ago I wrote about the ways North Korean websites show respect to Kim Il Sung and Kim Jong Il by increasing the font size when writing their names. In a reply to that article, a reader mentioned North Korea’s official character set: the country’s official list of Hangul and other characters and how they are coded on a computer.

If you use a computer in more than one language then you’ve probably come across character encodings before. In the past you’d often have to switch a browser to the correct character encoding to get a page to display correctly, but these days a lot of the hassle is gone with the introduction of Unicode, a universal character set that attempts to map to all characters used in all languages.

The Unicode standard has become the defacto standard for encoding most characters on the web and countries are keen to get their specific national characters added to Unicode’s Universal Character Set. It was through North Korea’s proposal in 1999 to have its national KPS9566 character set mapped to Unicode. To do so, it wanted some extra characters included in the international standard.

But perhaps the more unusual of North Korea’s unique characters are those reserved for Kim Il Sung and Kim Jong Il.

The characters, reproduced below, already exist in the basic Hangul character set. These are additional versions in an emphasized font reserved for writing out their names. What’s also noteworthy is that the characters for “Kim” and “Il” are repeated twice rather than simply being reused. 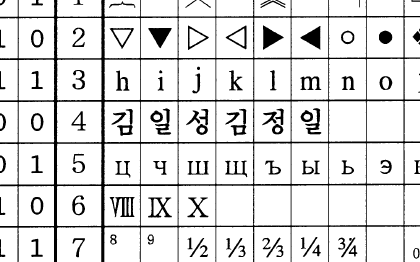 The DPRK’s proposal also included a handful of new characters, rearrangement of some characters and a change in the labeling of “Hangul” as “Korean characters.”

Most of the DPRK’s requests were met with resistance by members of the relevant Unicode committee. Given the political nature of some of the characters, it’s perhaps not a surprise that they didn’t get close to being included.

You can see the full KPS 9566 character set at this link.