This week’s earnings report for Koryolink, North Korea’s only widely available cell phone service, highlighted something I missed back in September: the company was a major sponsor of the 17th Taekwondo World Championships. The event took place in Pyongyang from September 6th to 12th.

Koryolink banners were strung around the Taekwando Hall where the international contest was taking place, as can be seen in video from KCNA. The company even had one on the front of the judges desk. 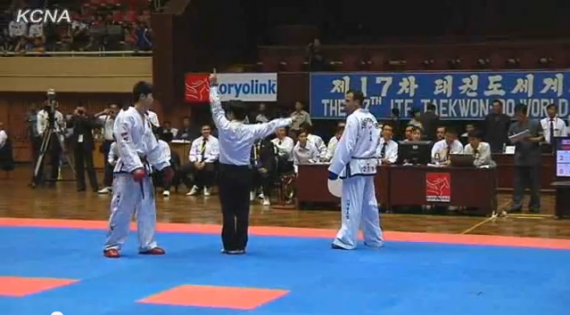 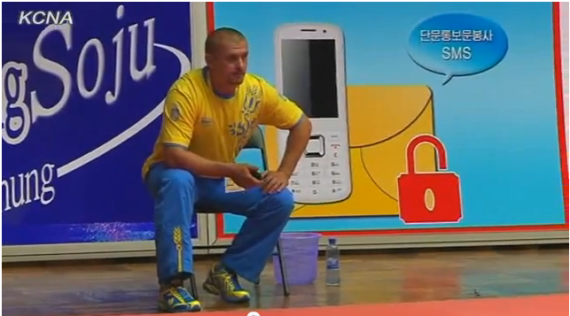 In its earnings report Orascom Telecom, the Egypt-based telecommunications company that holds a majority stake in Koryolink, said the deal was unique in North Korea:

In September, the DPRK hosted the 17th Taekwon-Do world championship. In recognition of the importance of such a worldwide event, Koryolink secured a sponsorship agreement with the International Taekwon-Do Federation (ITF) through which it became the platinum and exclusive sponsor of the event. Such sponsorship and the associated advertising and intense media coverage for koryolink activities and services was the first of its kind in the DPRK. 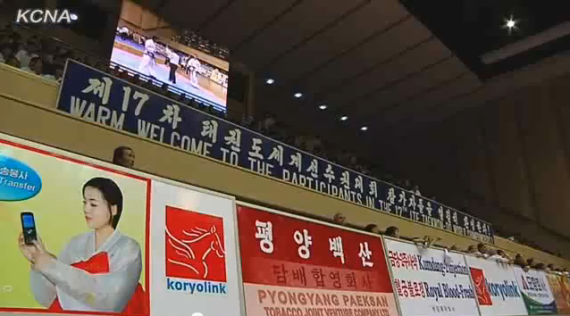 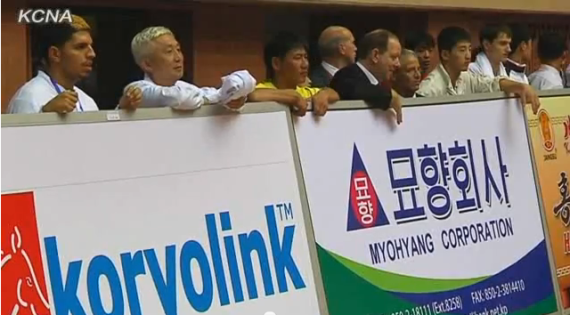 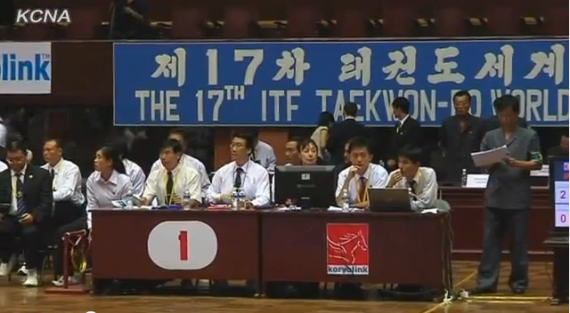