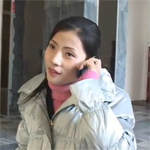 The late start of cellular telephony in North Korea has brought the country at least one advantage: it leads the world in 3G adoption.

An impressive 99.9 percent of all subscribers in the country use 3G, placing North Korea number one in the world, telecommunication analyst TeleGeography said on Wednesday.

The solid showing doesn’t really mean North Korea’s cellular network is ahead of the world. In fact, it does more to illustrate how statistics can sometimes provide only half the picture.

While 3G adoption is indeed strong, it’s because most people didn’t have a chance to subscribe to the country’s 2G network.

A small handful of subscriptions on the Sunnet network were allowed before restrictions were put in place in the wake of the Ryongchon train explosion in 2004. Phones were also expensive and the network was not available nationwide.

In contrast the 3G network has been made more widely available. It’s operated by Koryolink, a joint venture between the state-run Korea Posts and Telecommunications Co. and Egypt’s Orascom.

Koryolink had 301,199 subscriptions at the end of its third quarter, which represents a penetration of just over 1 percent of the country – that’s poor by international standards.

In contrast, Japan ranked second in the survey with 94.6 percent of cell phone users on 3G. That works out to about 115 million lines.