After North Korea invited international media to its satellite control center it was only a matter of time before it was located on satellite images. The building, distinctive for two round domes (possible radar domes) on the rooftop at each end (see below), made it fairly easy to spot. And that’s what’s happened.

Most of the media that visited the facility didn’t report its location. Japan’s NHK said it was in “northern Pyongyang” (correct!) while Chinese media said “about 20 kilometers northwest of Pyongyang” (incorrect).

It was first spotted by a reader to Curtis Melvin’s North Korea Economy Watch site.

The launch might have ended in failure, but now we know where it’s all controlled from and can chart its progress.

Here’s a look at the launch complex. I’ve numbered the buildings to help track their development. 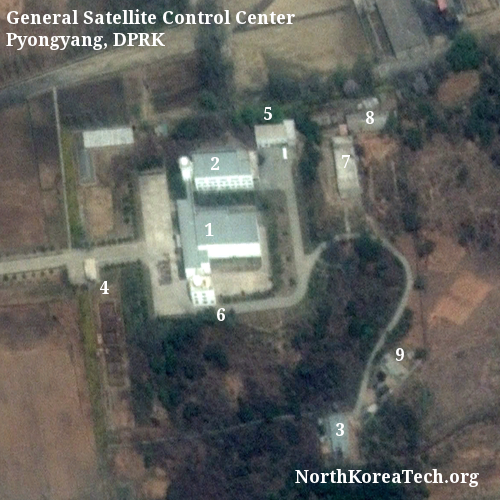 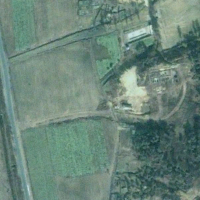 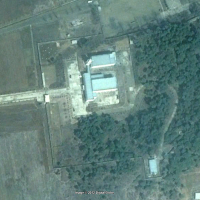 In April 2005, the center included buildings 1 and 2, which are the main buildings on site, building 3, which sits in a secluded area surrounded by trees, and building 4, which is a security post. There was also a wall around the center.

The year 2005 brought additional construction with the addition of a second tower to the south of the main building. Labeled building 6 above, this was visible in a satellite image from August that year. What appears to be the base of building 5 was also in place. 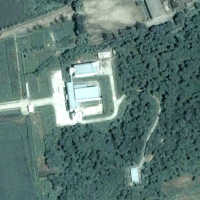 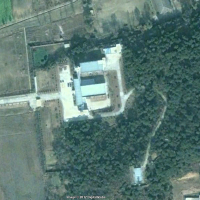 By late 2005 building 5 appears completed. A couple of additional images from 2006 don’t appear to show any additional construction, but things are different by April 2009. A image shows the foundations of what will become buildings 7 and 8. 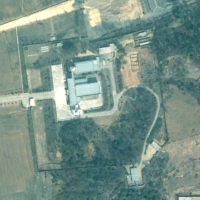 The two buildings appear complete by 2010. Throughout the period some smaller structures have also appeared on site, such as building 9, which appeared between 2006 and 2009. 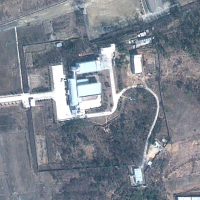 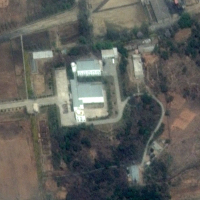 But the story of the center doesn’t end there. Comments from James Oberg, a NASA veteran who is in Pyongyang with NBC News, described the control center and there appears to have been some building.

First off, what were your impressions of the Control Center? Was it as you expected it to be?
It looked like a real control center – from the outside as well as the inside. First the communications links – two communications domes and a pretty hefty antenna farm on top of the hill – looked real, and inside the displays appeared logical and made sense to me. – MSNBC, April 11, 2012.

I can’t locate the antenna farm on the satellite pictures. It could be that they are too small to be seen from space, although his description hints at additional construction since the most recent image was taken in May 2011.