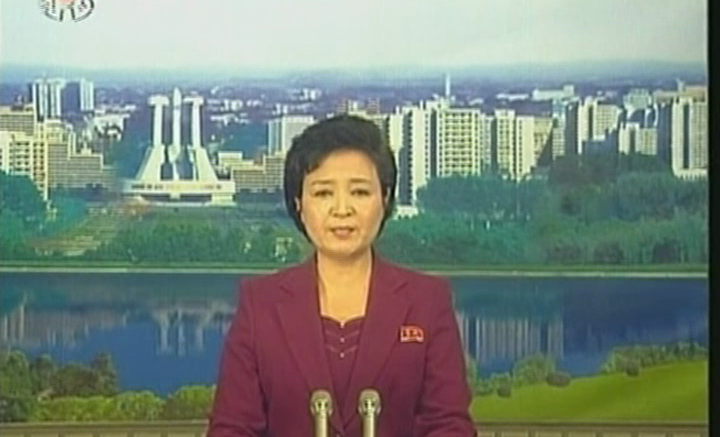 North Korean TV ran a special news broadcast informing the country that the launch of the Kwangmyongsong 3 had failed to reach.

The broadcast came several hours after the launch. which passed by when national TV was still yet to begin programming. When it did begin daily broadcasts, the TV station opened as usual and went into regular programming.

The special bulletin came several hours later, long after the rest of the world has discovered what happened to the rocket.

According to U.S. media reports attributed to government sources, the rocket exploded about 90 seconds after its launch from the Sohae launch facility.

The news reader read out the KCNA bulletin, an English version of which is below.

Pyongyang, April 13 (KCNA) — The DPRK launched its first application satellite Kwangmyongsong-3 at the Sohae Satellite Launching Station in Cholsan County, North Phyongan Province at 07:38:55 a.m. on Friday. The earth observation satellite failed to enter its preset orbit. Scientists, technicians and experts are now looking into the cause of the failure.