It’s sadly not possible to get a live look at North Korea’s Sohae launch facility, but we do have the next best thing: a satellite image from earlier today.

The image was taken by a GeoEye satellite at 11:34am local time (0234 GMT) and shows dustings of snow across much of the launch facility. (As usual, click for a larger version of the image.)

Satellite images had previously shown increased activity at the site and suggested a launch was being planned, but it wasn’t until Saturday that North Korea made it official: the county will attempt to launch a Kwangmyongsong 3 satellite into orbit sometime between December 10th and 22nd.

Additional information, obtained from the International Maritime Organization and released by the DPRK aviation authority, has narrowed down the launch window to between 7am and noon local time each day. 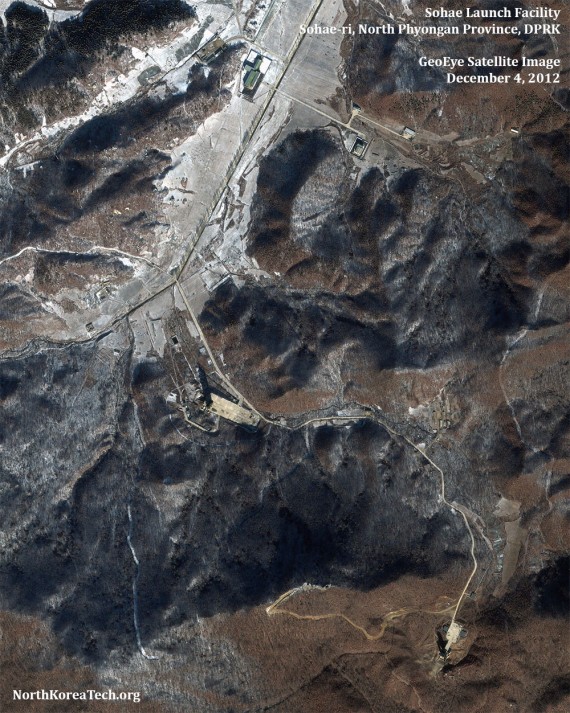 It also shows the launch pad continues to be busy with activity ahead of the DPRK’s upcoming rocket launch.

The latest launch pad image (below) reveals some of the objects placed near the buildings in the lower portion of the picture, which were presumed to be fuel tanks, have either gone or been moved. There are four objects on the launch pad and more on the access road leading to it.

The snow also shows clearly a path that makes a ring around the pad. 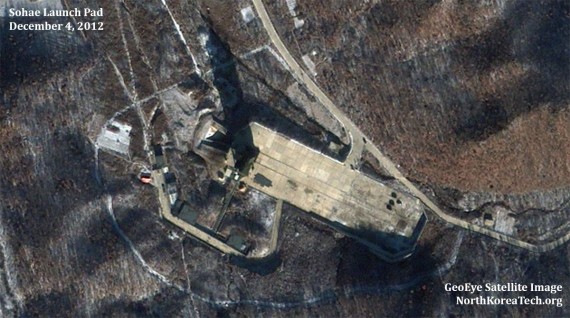 In my last post with Sohae images, I reported on new buildings around the railway depot. The two buildings on the west side of the tracks are still there but a third object, which I speculated might be a monument of some type, has moved thus proving it’s not a monument. In all likelihood the object, which can now be seen in the upper portion of the platform or loading area, is probably a piece of machinery or a truck. 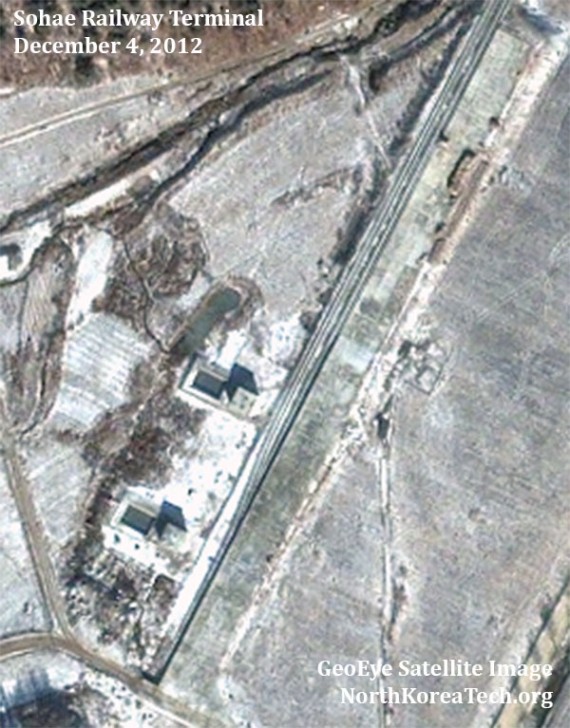 And here’s a final close-up of what is presumed to be a processing building. It’s just to the south of the railway depot and is probably where the rocket parts are taken once offloaded from trains. The latest image shows a clean tarmac area in front of the building but otherwise snow around the structure. 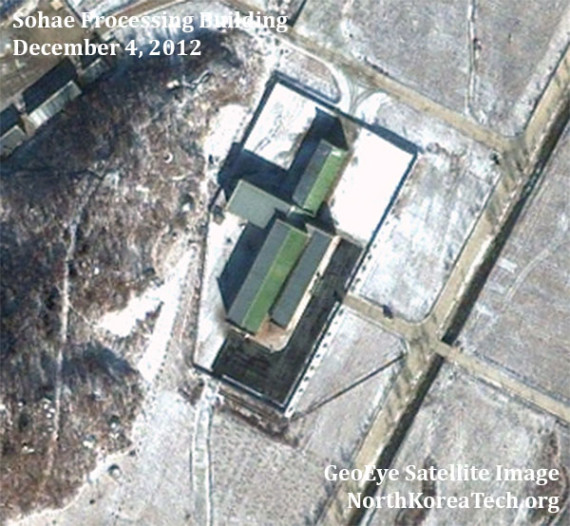 Each observation satellite passes over the same spot on Earth about once every three days, so I’ll hopefully have more to present before the planned launch.