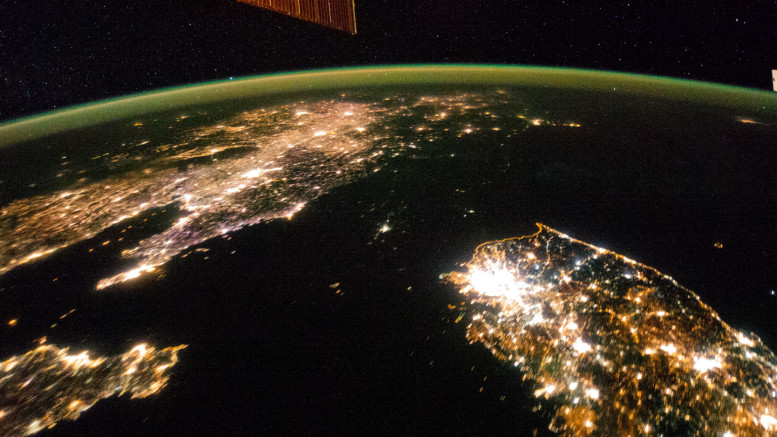 An image of the Korean Peninsula taken from the International Space Station on January 30, 2014, at 10:16pm local time. 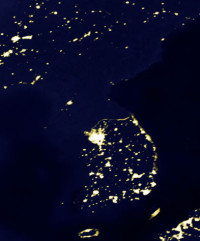 On January 30, 2014, an astronaut on the International Space Station used a Nikon D3S camera to capture a new image of the Korean peninsula at 10:16 pm — one that’s even more dramatic than the monochrome NASA satellite image of old.

As NASA says, “The darkened land appears as if it were a patch of water joining the Yellow Sea to the Sea of Japan. Its capital city, Pyongyang, appears like a small island, despite a population of 3.26 million (as of 2008). The light emission from Pyongyang is equivalent to the smaller towns in South Korea.” 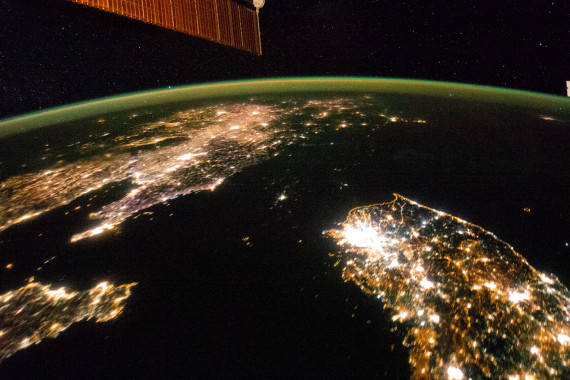 An image of the Korean Peninsula taken from the International Space Station on January 30, 2014, at 10:16pm local time (NASA)

The disparity between the two countries becomes immediately obvious. South Korea appears a modern, thriving economy and lines of electricity along major roads looking like arteries criss-crossing the country. North Korea has a few spots of light, but not much else.

And here’s a video taken from the ISS that shows the country in context with the rest of East Asia: