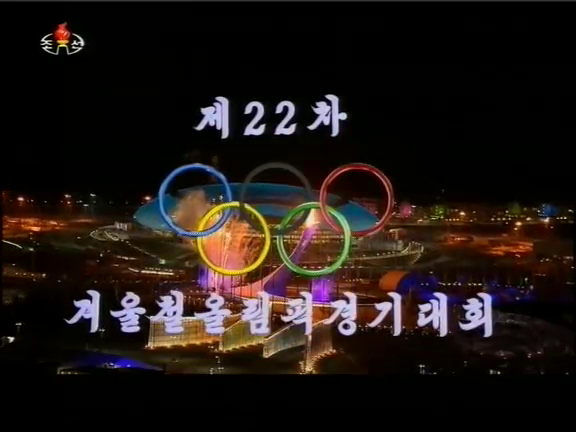 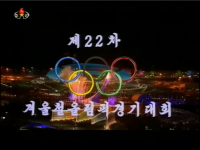 Every time the Olympics or World Cup come around, there’s the question of whether viewers in the DPRK will be able to see the major sporting events.

Korean Central Television (조선중앙텔레비죤) often manages to air portions of the events, but only with technical assistance from other organizations.

And so this year, for the Winter Olympics in Sochi, North Koreans are able to watch thanks to a tie-up with the Asia Pacific Broadcasting Union, an organization that ties together major broadcasters across Asia, and South Korea’s KBS.

The two have agreed to provide North Korean state broadcaster Korean Radio and Television (KRT) with sports rights for the 2014 Sochi Games for airing on its KCTV channel.

“It is a part of the ABU mission to provide countries that have difficulties in negotiating individually with broadcasting rights for major sporting events such as the Olympics, the FIFA World Cup Championship and the Asian Games which audiences of the world enjoy together,” said Gil Hwan-young, president of KBS and president and CEO of the ABU.

“It is the international custom and a regular practice of the ABU that KRT of North Korea, a member broadcaster of the ABU, has support to broadcast the Winter Olympic Games,” Gil said in a statement. 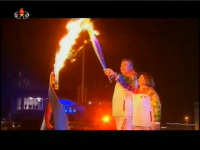 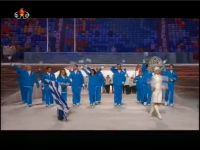 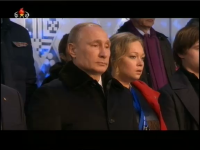 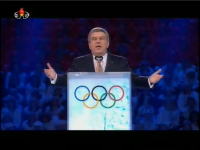 So what have North Korean audiences been watching?

On Sunday, February 9, they saw 3 minutes of edited coverage of the opening ceremony that took place just under two days earlier. Because of the time difference, it would have been impossible to get Friday night’s ceremony into Friday’s news so the airing on Sunday represents a delay of just one day.

The coverage included highlights of the ceremony including short clips of Vladimir Putin watching the event, the raising of the Russian flag, and the entry of the Greek, Austrian and Canadian teams. It concluded with shots of the lighting of the Olympic flame.

And KCTV has been broadcasting one or two events each evening in a longer program:

There’s commentary but an in-studio anchor is not used.

KCTV appears to be adding some of it’s own localization to the graphics package. As you can see in this example below, “5 Laps to Go” and “Leader” remain in English but the names of the skaters have been localized. 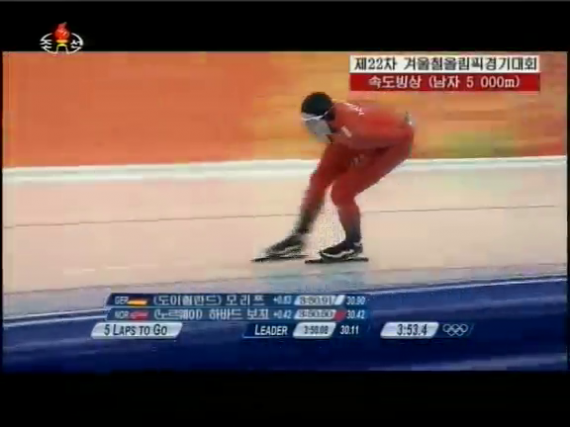 It’s a different font from that being used on the South Korean TV feed. 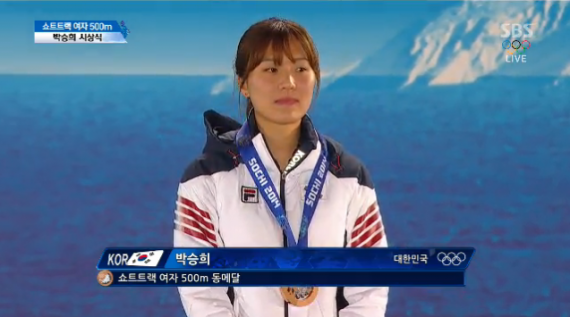 And here’s how KCTV begins its Olympics coverage from Sochi. These are the first winter games in more than a decade for which North Korea did not qualify.