Shops in cities on the Chinese side of the border are attempting to tempt North Koreans with cheap cellphones for use on their country’s mobile phone network, according to a report by Radio Free Asia.

The phones are on sale for about half the price they would fetch in North Korea, but are attracting few customers, the Washington, D.C., -based organization said quoting an unnamed source in the Chinese city of Dandong. 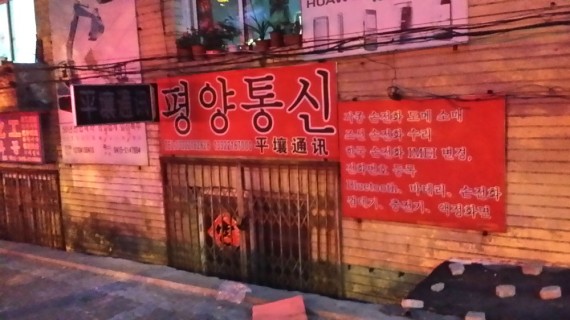 “Prospective buyers are concerned about trying to illegally bring the phones back through customs, as well as the complex process of registering them with authorities for use once they return to North Korea,” RFA reported.

Cellphones all carry a unique number called an IMEI (international mobile equipment identification) that is used to identify the handset on cellular networks. Carriers often require the IMEI number to register a phone and that could indicate the original source of the handset.

People that buy the phones in China need to bride border guards to let them bring the handset in and then bride officials to let them register the phone on the Koryolink network.

Koryolink is North Korea’s sole nationwide 3G cellular network provider and has been in business since late 2008. Its network operates on the WCDMA standard, which is used in most countries of the world.