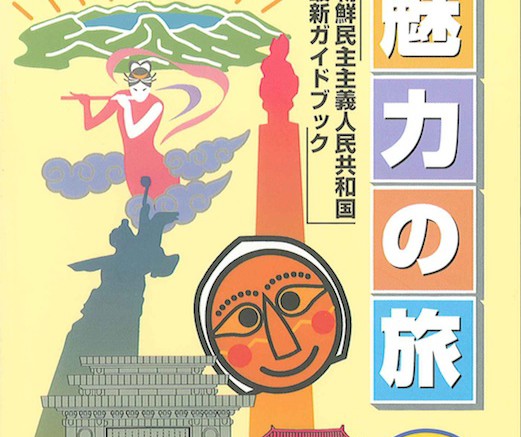 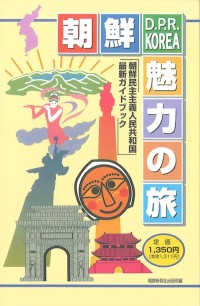 With Japan and North Korea starting to talk again about the abductee issue, there’s a possibility that Japan could lift some of the travel restrictions it currently places on travel between the two countries.

That could include a resumption of sailings by the Mangyongbong-92, a passenger and cargo ferry that used to travel between Niigata and Wonsan.

The ferry was an important link between Japan and North Korea for the thousands of Japanese residents whose families hail from towns and cities that are now part of North Korea.

(Just as I was putting the finishing touches to this post, the AP wrote a story on the ship and what it means to ties with Japan. Read that here.)

The General Association of Korean Residents in Japan (Chongryon), which paid for the ferry, once published a tour book for people heading to Pyongyang. I picked up a copy at the Chongryon book store a couple of years ago and thought it would fun to look back at a time when trips between the two countries a much simpler task than today. 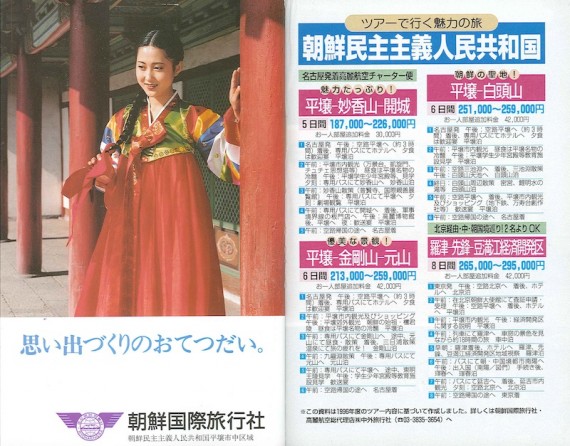 An ad by the Korea International Travel Co.

The first thing readers see when they open the book is a two-page advertisement by the Korean International Travel Co.

The ad includes four different tours, three of which depart from Nagoya airport in central Japan, with the cheapest a 5-day trip to Pyongyang that also takes in Myohyangsan and Kaesong and costs from 187,000 yen to 226,000 yen.

The most expensive is an 8-day trip that departs from Tokyo to Pyongyang via Beijing. In includes a visit to the Rason special economic zone and costs from 265,000 yen to 295,000 yen.

It’s interesting to note that in yen terms, the tours cost about the same back in 1996 as they do today. A cycle of inflation and deflation in Japan means a yen in 1996 is worth pretty much the same today. Even the exchange rate with the U.S. dollar is about the same as it was in 1996. 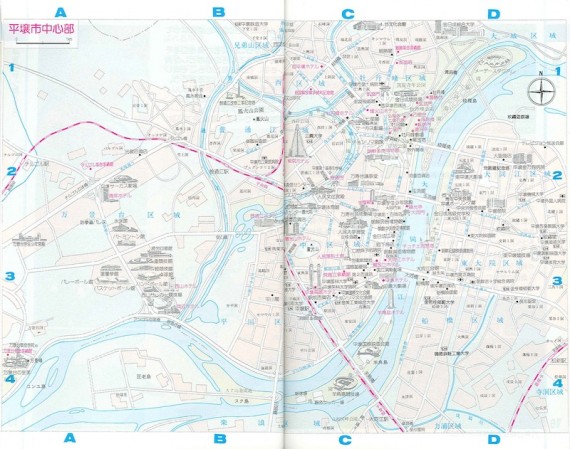 A map of Pyongyang

Like any good guide book, there are maps of the destinations, although none are particularly detailed. The Pyongyang map, shown above, shows the city in 1996. A lot hasn’t changed and a glance towards the center of the map shows the Ryugyong Hotel, construction of which began in 1987 but was halted from around 1992 to 2008. 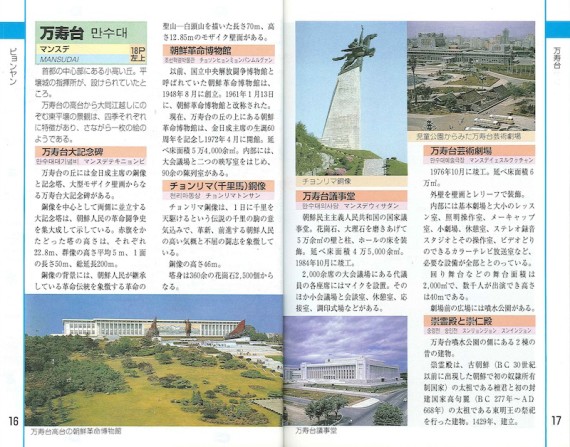 The page above is representative of the guide showing details of Pyongyang’s Mansudae Hill.

But perhaps more interesting are some of the advertisements in the book, which are targeted at potential travelers to North Korea.

The pages below have ads for restaurants in Niigata, from where boats departed to North Korea.

Opposite is an advertisement from Fuji Unyu, complete with a picture of the Mangyongbong-92, promoting sailings from Niigata to Rason, Chongjin and Wonsan. Additional boats sailed to Nakhodka, Russia; Shanghai, China, and Moji on the Japanese island of Kyushu. The company still exists today, although its less-than-spectacular website indicates it’s not in the passenger business anymore. 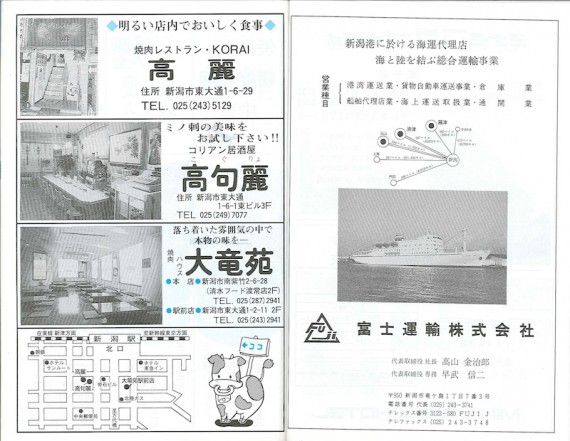 Ads in the book, including one for ships to North Korea

There are also some hotel ads for travelers heading to North Korea. The three hotels below are representative of the hotel chains you can often find in medium-sized cities across Japan. 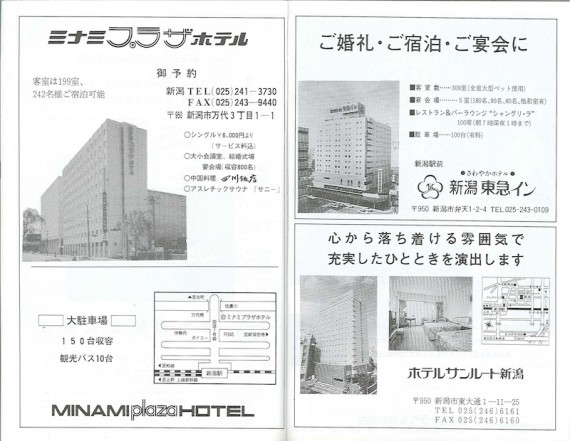 And finally, there’s the immigration guide, complete with duty-free restrictions and a map of Pyongyang Sunan Airport’s immigration area. Visitors to Pyongyang that passed through the old airport terminal might remember the layout. 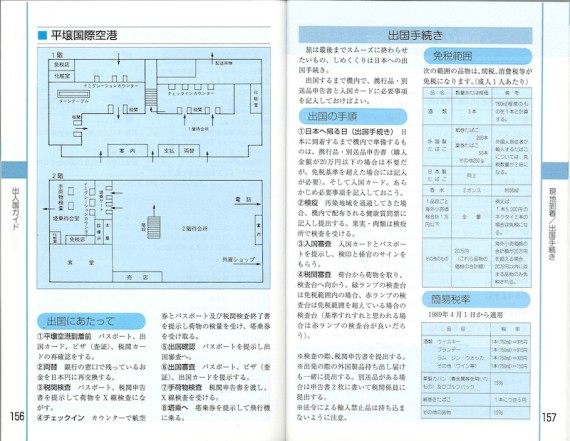 Here’s a picture of the Mangyongbong-92, moored at Wonsan on the East Coast of the DPRK on August 10, 2009.