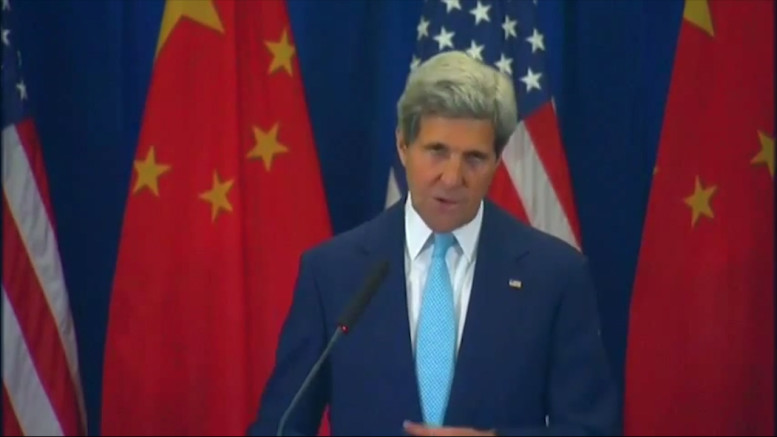 U.S. Secretary of State John Kerry took the opportunity of a meeting with Chinese President Xi Jinping to push the Chinese government to do a little more to enforce sanctions against North Korea.

Speaking at a joint news conference after the meeting, Kerry said they discussed “the importance of enforcing UN Security Council resolutions that impose sanctions on North Korea’s weapons of mass destruction and ballistic missile programs.”

Later Thursday at the State Dept.’s daily briefing, spokeswoman Jen Psaki was asked if the discussion meant China has agreed to carry out enforcement of sanctions with a little more conviction than before.

Here’s what she said: