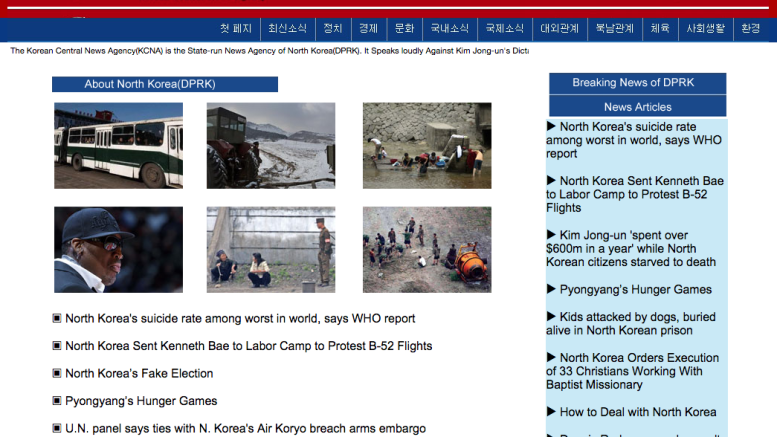 An anti-DPRK website modeled on that of the Korean Central News Agency (Photo: North Korea Tech)

A website that on first glance closely resembled that of the state-run Korean Central News Agency, but in fact pointed to news articles critical of the country appears to be been taken offline.

The English-language site was available at www.kcna.co and was modeled on the KCNA website run from Pyongyang at www.kcna.kp.

On Thursday lunchtime (Korean time) the site disappeared to be replaced with an “account suspended” notice.

The site had carried the same logo, same selection of languages and same categories of news as the official home page, although on the fake site clicking those didn’t result in anything happening. 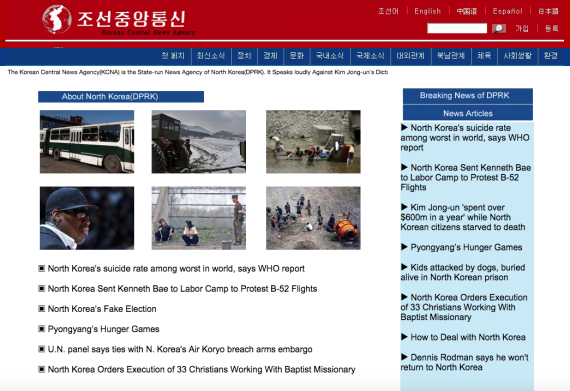 An anti-DPRK website modeled on that of the Korean Central News Agency (Photo: North Korea Tech)

It’s unclear how long it had been online. A hit counter at the bottom of the page showed over 322,000 hits, but the counter allows users to set it to begin at a number other than zero.

The identity of the person or persons running the site couldn’t be determined. An email to an address listed on the site did not result in a reply.

It was hosted by Quadranet, a web hosting provider in Dallas, Miami and Los Angeles and the domain name was registered through an Australian company, but the identity of the registrant was hidden.

“The Korean Central News Agency (KCNA) is the State-run News Agency of North Korea (DPRK),” the site said. “It Speaks loudly Against Kim Jong-un’s Dictatorship, Waste of National Budget on Luxuries, Human Right Frictions and Violations of International Law. It was Founded on March 1, 2014.”