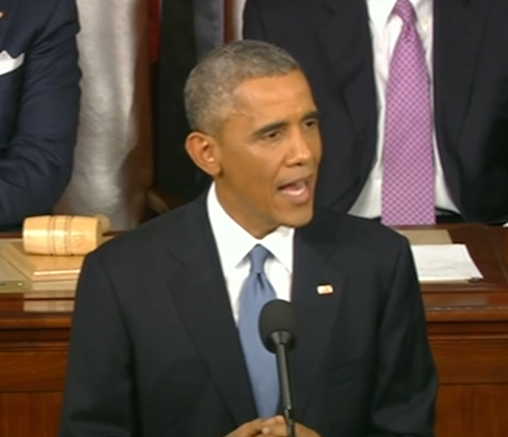 North Korea didn’t get a direct mention during President Obama’s State of the Union address on January 20, but Obama did take on the issue of computer hacking — something that has been put on the U.S. agenda since the November 2014 attack on Sony Pictures.

The U.S. government has blamed North Korea for the action and he mentioned nation-state attacks during the speech.

“No foreign nation, no hacker, should be able to shut down our networks, steal our trade secrets, or invade the privacy of American families, especially our kids,” Obama said. “We are making sure our government integrates intelligence to combat cyber threats, just as we have done to combat terrorism.”

He also reiterated plans to introduce legislation that would help the U.S. government better respond to cyberattacks.

“And tonight, I urge this Congress to finally pass the legislation we need to better meet the evolving threat of cyber-attacks, combat identity theft, and protect our children’s information. If we don’t act, we’ll leave our nation and our economy vulnerable. If we do, we can continue to protect the technologies that have unleashed untold opportunities for people around the globe.”