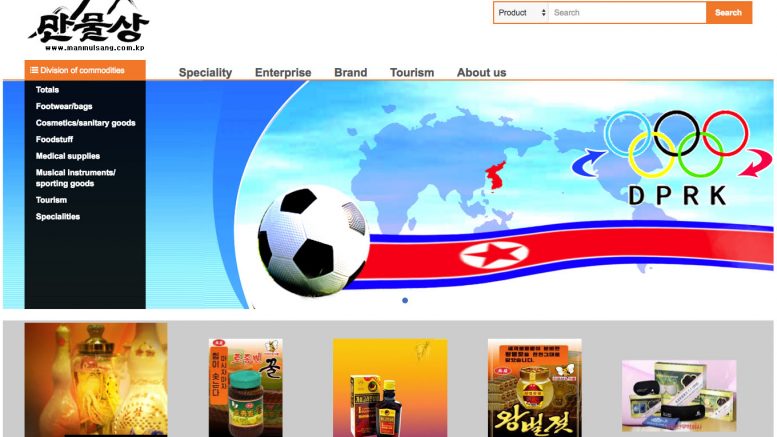 North Korea’s Yonphung Business Information Technology Centre has launched an Internet edition of its “Manmulsang” online shopping portal. A site aimed at users of the domestic intranet was launched in 2015 but the Internet site has only recently become available. Both sites use the same logo.

While various goods and companies are profiled, direct e-commerce isn’t available for consumers. Contact phone numbers and email addresses for the companies are listed.

The company behind the Manmulsang sites also operates an electronic payment system under the same name and offered some interesting details about its expansion. It said the system works on computers and mobile phones and will be integrated into North Korea’s national payment settlement system thus expanding its compatibility with other Korean bank cards.