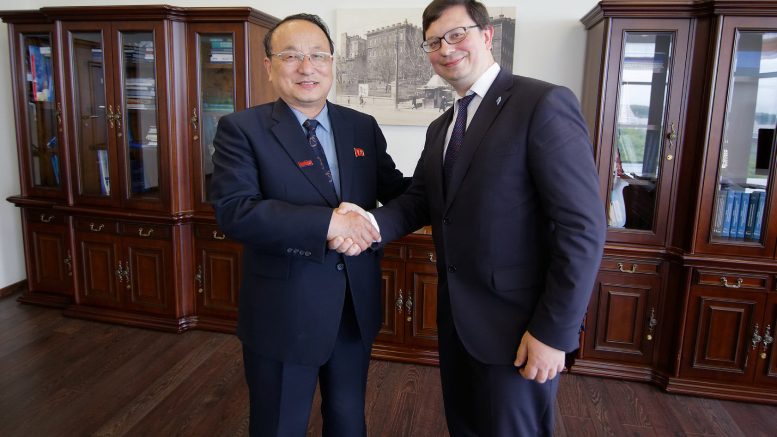 Vladivostok’s Far Eastern Federal University is playing host to the summit between Kim Jong Un and Vladimir Putin this week but plans were recently agreed for it to play a greater role in DPRK-Russian academic exchange.

The university already hosts about 10 North Korean graduate students per year and in November last year it agreed with Pyongyang’s Kim Chaek University of Technology to exchange students, teachers and pursue joint research.

Kim Chaek University is one of North Korea’s pre-eminent schools for the sciences and is also where Kim Jong Un was filmed casting his ballot in the recent elections to the Supreme People’s Assembly. 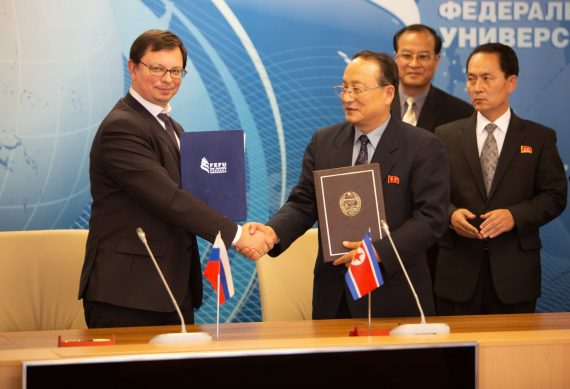 Rectors of Far East Federal University and Kim Chaek University of Science and Technology shake on an exchange agreement in Vladivostok on November 1, 2018. (Photo: FEFU)

“The leadership of the DPRK has declared education and science to be priority areas for the state,” said a North Korean official of the Central Committee of the Workers’ Party of Korea, according to a translated news release from the university. “Personnel training and the development of relations with Russian universities are of particular importance when implementing the new strategic course of the country for the integrated development of the national economy.”

The Russian university already has cooperation agreements with Kim Il Sung University, first signed in 2002, and Pyongyang University of Foreign Studies, signed in 2016. It also has partnerships with 36 universities and institutes in South Korea.