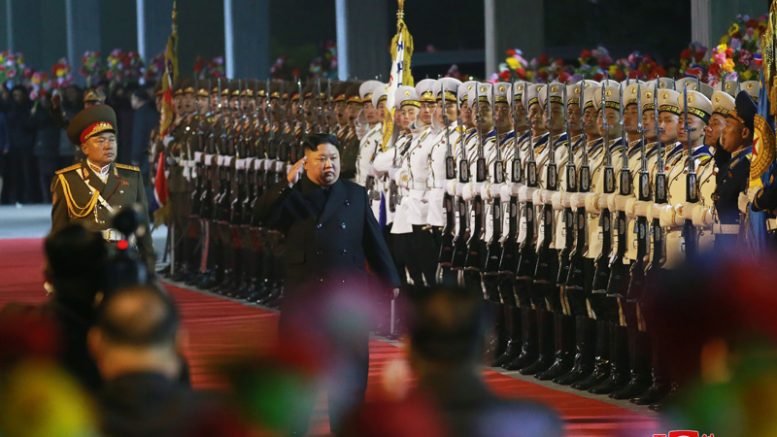 North Korean state media has showed unusual speed in reporting on the movements of Kim Jong Un for the second time this year.

Kim’s departure for Russia from Pyongyang railway station headlined state radio news bulletins on Wednesday morning and made the front page of the day’s newspapers despite apparently happening just hours earlier (See the Minju Choson front page below). Space on the front page was likely held anticipating his departure, as is indicated by the large spacing within the text.

State media reports on the movements of Kim are typically a day late. This is partly due to the care taken to craft his image. Editorial coverage needs to be approved not just by the editor of the newspaper but also by officials of the Propaganda and Agitation Department, which coordinates all media coverage.

But earlier this year news of Kim’s 3am arrival by train from Hanoi was broadcast at 6am and made the front pages of newspapers.

The faster speed could be a reaction to the increasing amount of information flowing in from overseas and need for the government propaganda to get out ahead of rumors. By reporting it on Wednesday morning, it will be discussed at workplace meetings later in the day. 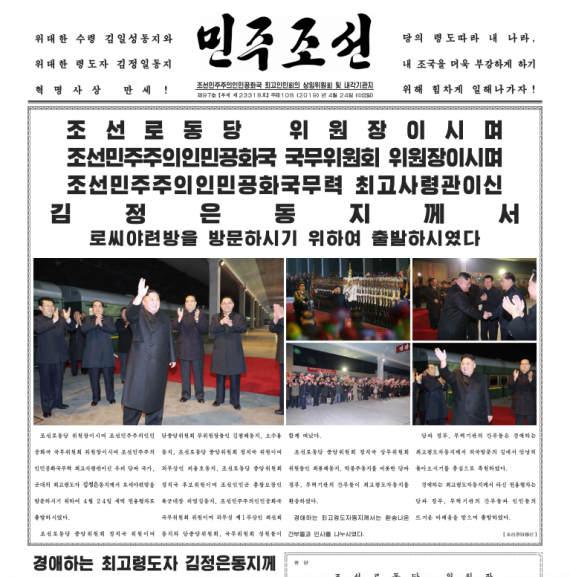 The Korean Central News Agency said Kim departed “at dawn” although photos show the sky was still dark, at least against the bright lights of the railway station. Sunrise in Pyongyang was 5:47am on Wednesday so the train apparently left sometime before that. However the exact departure time is unknown. Unlike the images shared upon his return from Hanoi, the railway station clock cannot be seen in Wednesday’s coverage.

By reporting the news so fast, state media now has a hole to fill before the next update on Kim’s travel, which will likely be his arrival in Vladivostok. When Kim departed for Hanoi, it filled this news gap with on-the-street interviews with Pyongyangites expressing support for the trip. If it follows the same formula, we could see those later Wednesday or on Thursday.