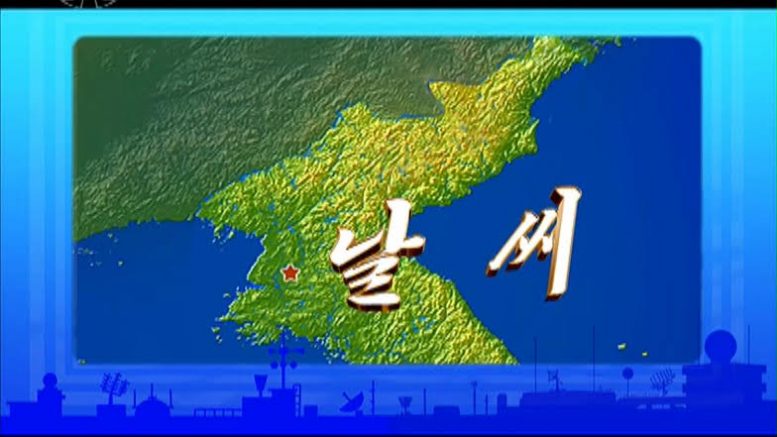 Korean Central Television debuted a more casual presentation style for its weather broadcast over the weekend. It’s the second recent on-screen change for state-TV but, unlike an earlier refresh of the news, this one has appeared for more than just one day.

The weather bulletin has been delivered by an anchor sitting or standing behind a desk but on Saturday the anchor was standing next to flat-screen display. The new look is more in line with current presentation styles on many local and international TV channels.

Here’s what the weather forecast looked like on Friday, April 26th: 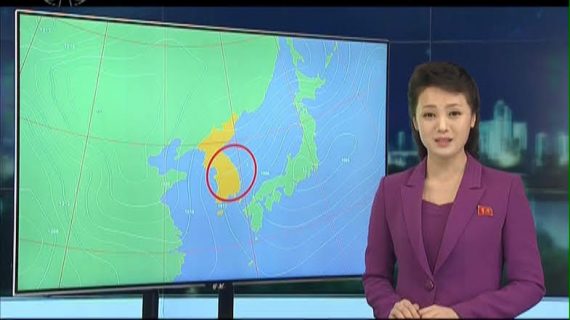 And here’s what it looked like a day later on April 27th: 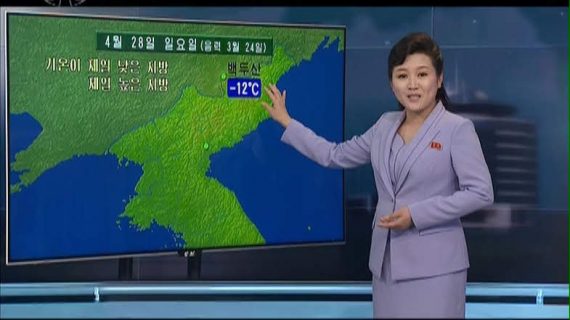 The new style sees the weather anchor look at the screen and gesture towards it to explain a little about what’s going on with the weather. The monitor in use first debuted on September 6, 2018, and replaced and older and smaller model. It doesn’t appear to be a touchscreen.

Some things haven’t changed. The nationwide maximum and minimum temperatures are still read out and presented in a grid. As usual Mt. Paektu, the supposed birth place of Kim Jong Il, is the second place to get mentioned after Pyongyang and ahead of all the major cities. Even the weather forecast manages to contain a bit of state propaganda. 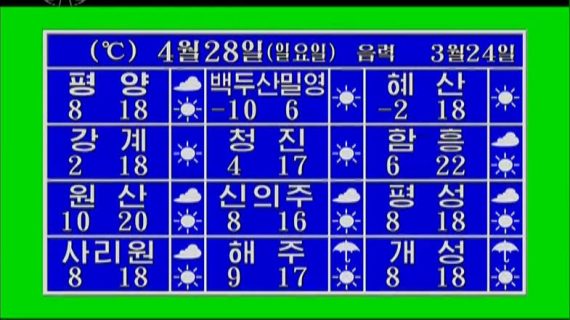 KCTV experimented with a new presentation style in its evening news bulletin on March 21 but it lasted a single day. The fresher, more modern look given to the economic news segment was gone the next night.

In contrast, the changes made to the weather forecast are smaller but they have stuck. It’s been used on the last three evenings.

Small changes in North Korea can often signal larger shifts happening behind the scenes. In this case, I believe its part of an effort to refresh the rather staid style of Korean Central Television in the face of foreign content entering North Korea. While the state technically has a monopoly on all media, content comes into the country on USB sticks and via the airwaves, from TV stations in China and South Korea.