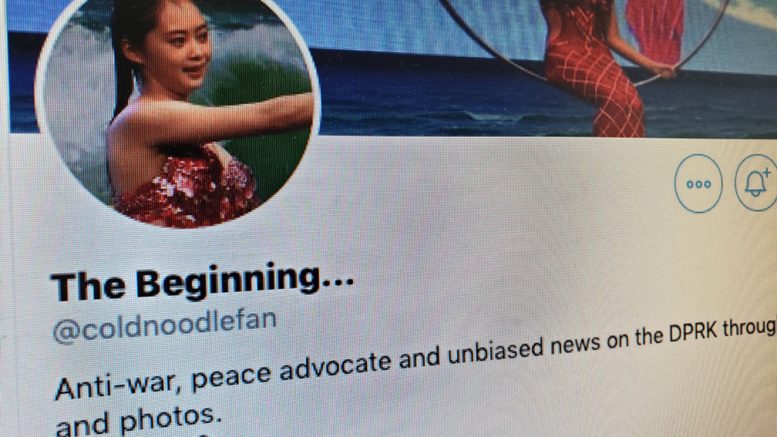 Twitter has reinstated the @coldnoodlefan account that was taken down two weeks ago. It reappeared on the site on August 15 with a post announcing its return but providing no details of the earlier ban or how it managed to return.

The account has about 3,000 followers and strong North Korean links. NK News published an investigation earlier this year that established pretty conclusive evidence that it is being operated by or in association with an organization in Pyongyang, despite appearing to be an enthusiast account.

The NK News report found the account using images and video before they were released by the state Sogwang website and a mass of contradictory statements about who was operating it.

No reason was given by Twitter for its earlier suspension of the account but it was presumably because the account was assumed to be North Korean in origin. U.S. social media companies began suspending North Korea-based accounts as sanctions on the country increased. So for @coldnoodlefan to return, presumably the account operator appealed and convinced Twitter that it wasn’t based in Pyongyang.

Nevertheless, there is still plenty to link it to official state-run media, even if it’s not technically based in North Korea.