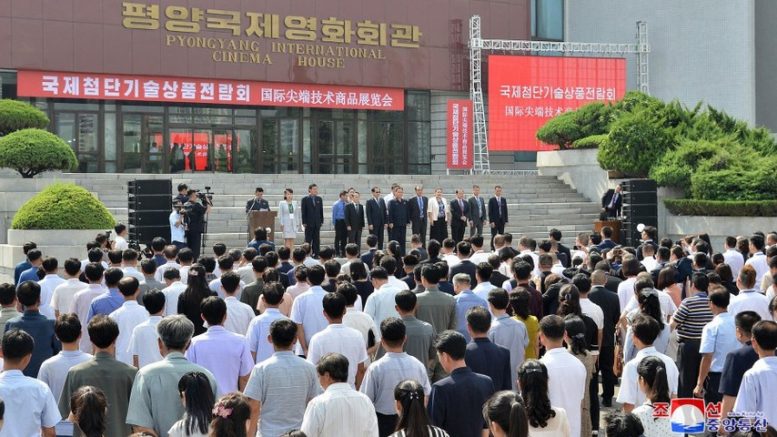 A new exhibition of Chinese high-tech products opened in Pyongyang on Monday, according to state media. The “International High-Tech Product Trade Fair” appears to be a new event having not been mentioned in state media under that name in previous years.

The event is apparently being held in part to mark the 70th anniversary of diplomatic relations between the DPRK and China and as the two countries continue to warm ties after several visits between Kim Jong Un and Xi Jinping. China’s Foreign Minister, Wang Yi, is in Pyongyang on an official visit this week but he was not present at the opening.

The fair will be open all week and is showcasing artificial intelligence products, electronics goods, building materials, light industrial products and household goods, said KCNA. Photos distributed by the news agency showed a drone on display at the expo at the Pyongyang International Cinema House. 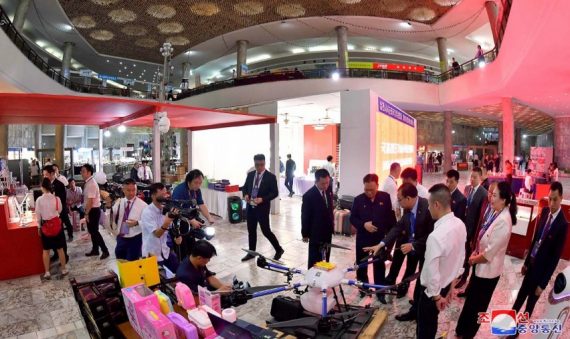 A drone on display at the International High-Tech Product Trade Fair in Pyongyang on Monday, September 2, 2019. (Photo: KCNA)

It was difficult to identify specific companies involved in the fair. Many photos didn’t offer enough resolution to read company names or were framed to avoid showing them but at least two were identifiable from photos and state TV footage: Sanecore International (先歌国际), a Shenzhen-based audio goods maker; and Saebyol Hi-Tech Group, a North Korea electronics company that is said to specialize in foreign trade.

Here’s the KCTV report on the event, broadcast during the evening news on September 3, 2019:

1 Comment on "Chinese high-tech products on show in Pyongyang"