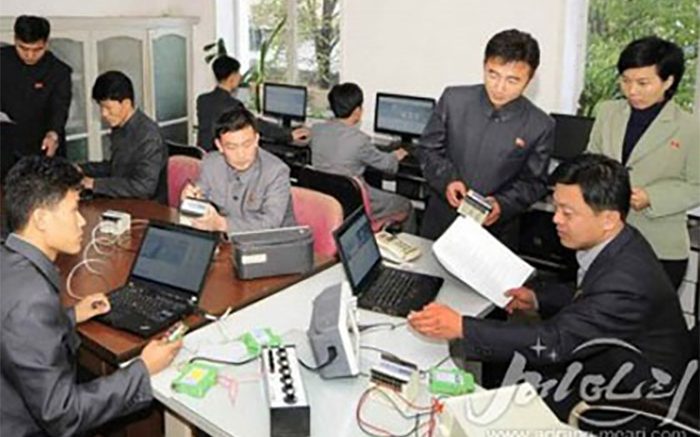 North Korean state media says that the country has developed its own power line communication system. The technology, which is widespread around the world, enables data transmission over electricity lines and could be used to expand the national intranet to points beyond the telephone network.

The system was developed by the Seosung IT Exchange Center (서성정보기술교류소) and can manage speeds of 100Mbps over a conventional 220-volt electricity line, said a report in the Tongil Voice.

The article didn’t spell out exactly how North Korea plans to use the technology but there are a couple of obvious use cases that come to mind.

The first is to use it to distribute data around a building on existing electricity wiring. This saves the installation of computer network cables.

The second is to use it to feed data to houses and offices over local electricity wiring. The national intranet currently uses DSL over telephone lines but the telephone network doesn’t reach every home. The latest data from the International Telecommunication Union (ITU) showed North Korea had just under 1.2 million fixed telephone lines in 2015, which works out to 4.7 lines per 100 people. The low penetration of fixed telephone lines is one reason that cellphones have become popular.

The development is not the first time the Seosung IT Exchange Center has been mentioned in domestic media. In November, it was named as the developer of a locomotive speed and position measurement system for the railway network; in 2018 as developer of an information portal on global trade and technology data called “열쇠”; and in 2017 as the developer for a application called “료리교실” that was popular among housewives.