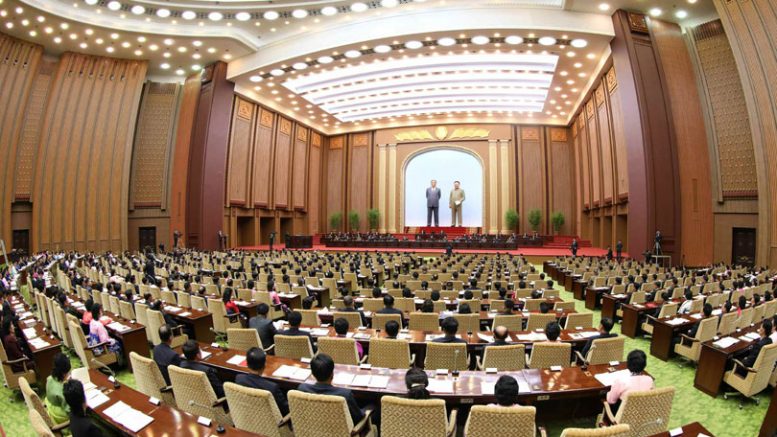 North Korea’s distance education system was one of the key topics discussed at last week’s session of the Supreme People’s Assembly with delegates passing a new law on tele-education. Details of the law haven’t yet been announced but it’s prominent inclusion as the second agenda item underlines the importance of the system that has been years in development.

Distance learning has its roots in the Kim Il Sung era, when the “factory university” (공장대학) initiative was first introduced. The initiative aims to produce more technicians and engineers by allowing and encouraging workers across the nation to learn science and technology in their workplaces. However, with the nation’s top universities in Pyongyang and limited domestic mobility for North Korean citizens, workers outside of the capital city barely have access to the best education resources. To address this problem, Kim Jong Il launched an “education network” (교육망) for “factory universities” across the nation.

Instead of using their own PCs, which most normal North Koreans don’t own, workers attend online classes in sci-tech dissemination rooms (과확기술 보급실) in their workplace. These are typically a study space equipped with computers and headphones. The computers are connected to North Korea’s nationwide intranet through which programming and lessons are received. The Sci-tech dissemination rooms are open during working hours, but a state media report indicated that some rooms are open 24 hours to meet workers’ needs.

Kim Jong Un noted in a letter in 2015 that all organizations should build well-equipped sci-tech dissemination rooms, citing the Party’s policy to prepare workers with “true revolutionary talents” of science and technology, and demonstrate the “superiority” of North Korea’s learning-while-working education system.

The rooms appear to be widespread and are regularly seen on state TV broadcasts. Last week, Korean Central Television showed workers at Pyongyang Thermal Power Plant (평양화력발전합기업소) studying at the factory’s sci-tech dissemination room. The workers all wore masks as part of the prevention measures against the coronavirus required by the government. 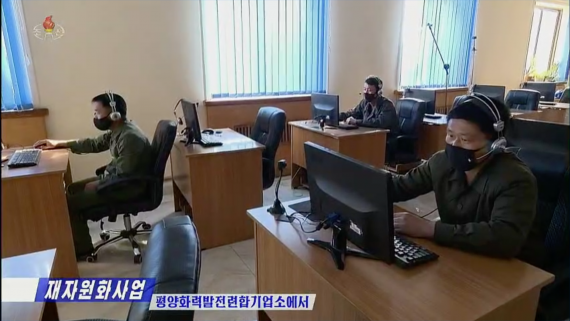 Lessons are fed into the network by major universities.

According to the university’s website, the online college offers over 30 courses including machine-building, computer engineering, control engineering, applied electronics, and mining machines engineering. Workers around the country can enroll in online courses and choose to earn a degree or certificate after required years of study. 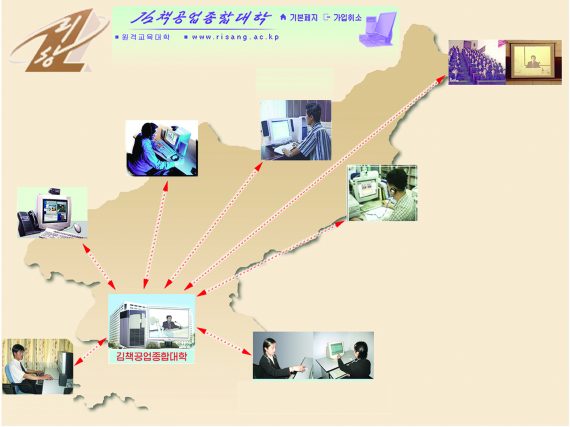 “Distance learning is an ideal form of education that is well in accord with the actual condition,” said the dean of the Distance Learning College of KUT, Kim Il Nam, in an interview with Naenara, a North Korea’s state media platform. 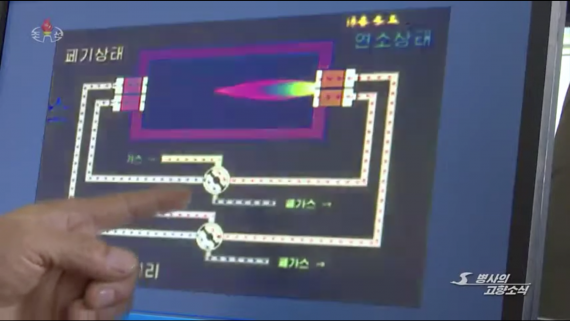 Recent technology development has reportedly made online courses available on tablet PCs. The designated device is North Korea’s “Daeyang,” the only tablet PC that could connect to North Korea’s nationwide intranet through Mirae, the country’s only Wi-Fi network. Students can use “Daeyang” tablet PCs to attend lectures and take exams, and download study materials in their tablets. The Mirae network, which is currently only available in Pyongyang, has been introduced to factories in the capital, which can “turn all factories into classrooms” and “enable the students to study anywhere in the factories,” according to Naenara. 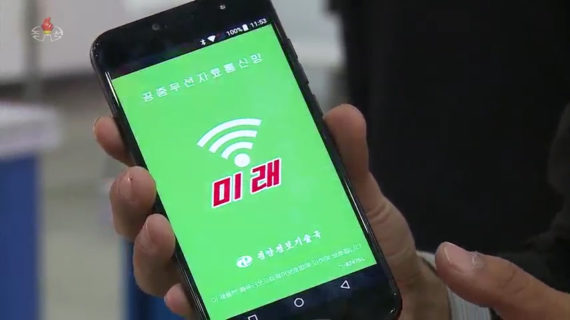 The Mirae network is now available at various compounds in Pyongyang, including Kim Il Sung University and Kim Chaek University of Technology, Mirae Scientists, Ryomyong, Yonggwang and Haebangsan streets, the Sci-Tech Complex. The network is scheduled to be introduced to the whole city.

The new law is expected to help roll-out of the network to more factories, workplaces and homes.

Luz Ding is a research intern at 38North.