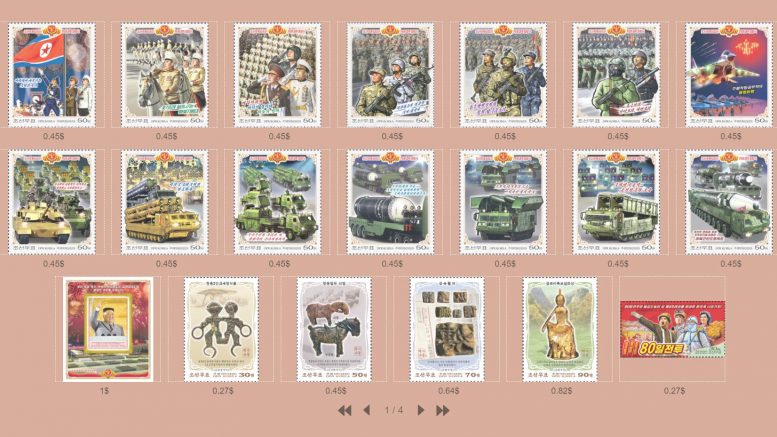 With only a couple of days left before the end of 2020, North Korea has launched its latest website on the global Internet. The Korea Stamp site is operated by the country’s national stamp issuer to sell North Korean stamps to collectors worldwide.

The site incudes a catalog of several thousand stamps dating back to just after the end of the Second World War in 1946. Newer stamps are apparently for sale, each costing between a few U.S. cents and a few U.S. dollars, but I couldn’t get the shopping cart function to work. I could add stamps but there didn’t appear to be a check-out step and the “Output to HTML” button didn’t appear to do anything.

The site lists email addresses for the head office in Pyongyang and branch offices in Beijing, Dandong and Moscow. It’s unclear if purchases made through the site, should that be possible, would be handled from Pyongyang or one of the branch offices.

Details on the country’s stamps were previously available as a sub section on the North Korean Naenara website. The new website is the latest of several to be spun off from that site onto its own domain.