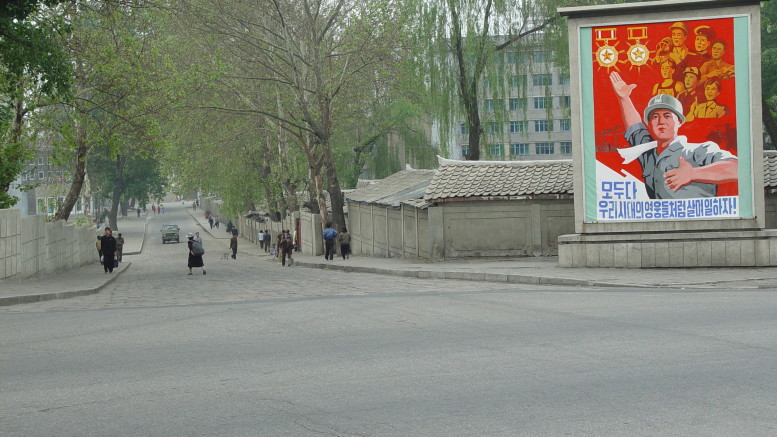 A street in Pyongyang seen in a file photo from 2002 (Photo: North Korea Tech)

Reporters Without Borders has published a detailed report on the North Korean media landscape. The report is the result of of a fact-finding trip to Seoul in July by an RSF staffer and concludes that North Korea is no longer as sealed off from the outside world as it used to be.

Shortwave radio broadcasts from foreign stations, CDs and DVDs of South Korean TV broadcasts, data smuggled over the Chinese border and USB keys dropped by balloon are all creating cracks in the wall of isolation that has surrounded North Korea for decades, said the report.

It also called on the South Korean government to provide more support for private radio broadcasters that target North Korea.

“These exile radio stations are now the main guarantors of North Koreans’ right to diverse news and information,” said RSF.

A lot of the information in the report won’t come as news to North Korea watchers but it does provide a good overview of the current media landscape to those who haven’t been tracking it closely.

The report, “North Korea: Frontiers of censorship,” is the first detailed write-up of the North Korean media scene since RSF published its “Journalists in the service of a totalitarian dictatorship” report in 2004.