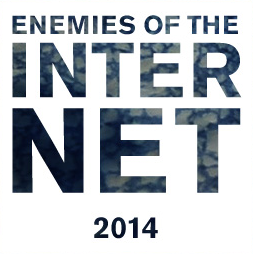 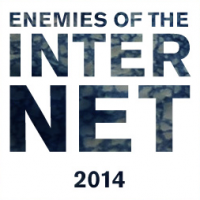 Three of North Korea’s state security and censorship organizations have been called out by Reporters Without Borders in the organization’s latest ranking of “Enemies of the Internet.”

The report was published on Wednesday, which RSF and Amnesty International have named world day against cyber censorship.

The three organizations named by RSF are the Central Scientific and Technological Information Agency, which runs the domestic intranet system, Group 109, which attempts to police distribution of illegal foreign content, and Bureau 27, which monitors cell phones and radio broadcasts.

RSF calls Group 109 “censorship’s elite force” and draws on testimony provided to the United Nations that claims the group “regularly herds people into stadiums where they are made to observe those caught red-handed who are then sent to prison camps to deter others from obtaining illegal content.”

Bureau 27 carries out “unannounced inspections at private homes to try to identify anyone who has secretly acquired contraband electronic equipment, usually from China, in order to receive radio programs broadcast by North Korean exiles or foreign stations transmitting on short wave, such as the Voice of America or Radio Free Europe.”

That a report on Internet censorship spends time talking about illegal DVDs and shortwave radios says something of the restrictive regime under which North Koreans live. Internet access is all-but unavailable to most citizens.

A few in power, business and university students are understood to have access but the websites they visit are constantly monitored. In this climate of fear, few if any are thought to dare to browse sites that might offer a dissenting view on the ruling Kim dynasty.

A PDF of the entire report can be downloaded from the RSF website and there’s also a version online.