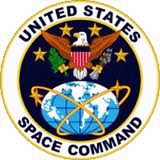 U.S. Space Command is tracking three objects in orbit that apparently came from today’s North Korean rocket launch. The primary object is thought to be the Kwangmyongsong-3 satellite.

It’s been given the satellite catalog number 39026 and the international designator 12-072A — both identifications that help keep sorted the catalogs of satellites and junk in orbit around the planet.

Analysis of the current trajectory of the satellite provides some clues as to its launch. If you remember back in April, there was a lot of speculation about whether North Korean planned to have the third stage rocket make a dog-leg maneuver while heading into orbit.

That seems to have been the case this time around, said satellite launch and tracking expert Jonathan McDowell of the Harvard-Smithsonian Center for Astrophysics. Writing on his Planet 4589 web site, he said:

I believe the launch is consistent with flight on an 88 deg trajectory from Sohae launch site followed by a yawed third stage burn to put the satellite in a 97 deg orbit.  — Jonathon’s Space Report

The race is now on to detect any signals from the satellite.

North Korea didn’t say much about the satellite this time around, but last time said it would broadcast around 470MHz.