North Korea called for a significant effort to modernize and build up its light industry sector this year in a joint editorial published in newspapers on Saturday.

“Light industry is the major front in the general offensive of this year,” said an English-language translation of the editorial carried by KCNA. “To accelerate the development of light industry is a mature requirement and most pressing task for building the country into an economic giant.”

The joint editorial sets the stage for the coming year and is published each Jan. 1 by the country’s three main newspapers: Rodong Sinmun, Joson Inmingun and Chongnyon Jonwi.

It called for a focus on production of goods that better the lives of the people and for the expansion of North Korea’s favorite technology of the moment:

“Officials and workers in this sector should steadily improve the level of their technical skills so that they can adeptly operate CNC-based and other modern equipment and meet the scientific and technological requirements in their production and business activities.”

CNC (computer numeric control) is a method of controlling machinery with computers and has been embraced by North Korea with vigor. The technology has been around in more developed countries for decades, but it’s only in the last few years that the DPRK began widespread adoption of CNC machinery.

News reports extolling the virtues of CNC are aired several times a month on the evening television news and there’s even a revolutionary-style song about the technology. CNC has also made an appearance in the displays at the Arirang mass games. 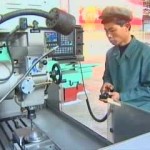 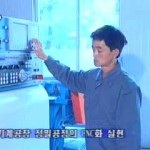 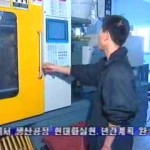 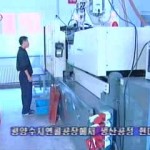 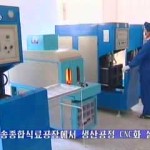 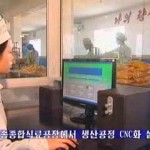