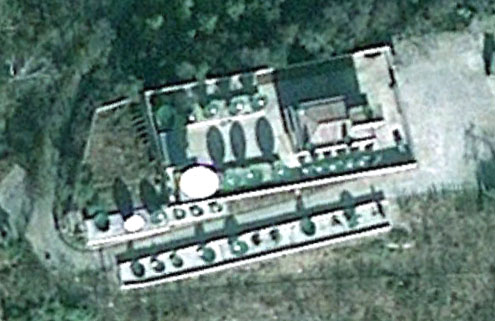 There appears to have been a significant expansion of communications capability at Pyongyang TV tower over the last decade. Analysis of satellite imagery through Google Earth shows big expansion of a neighboring building and the addition of multiple satellite dishes. (See the bottom of this post for updates.)

Here’s what the building looked like on June 3, 2000, which is the earliest image available in Google Earth. To its west two satellite dishes are visible. The TV Tower is just to the east of this building and you can see the top of the tower on the right-hand side of the image. 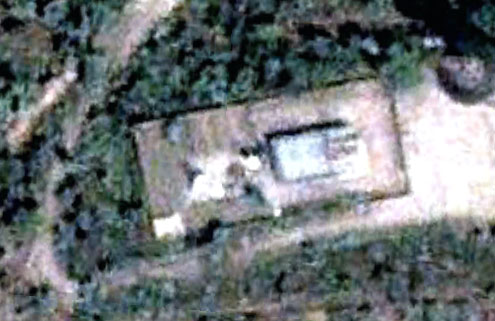 A clearer image from June 5, 2004, more clearly shows the building. A single dish is easily visible and what appears to be a second dish is on its left. 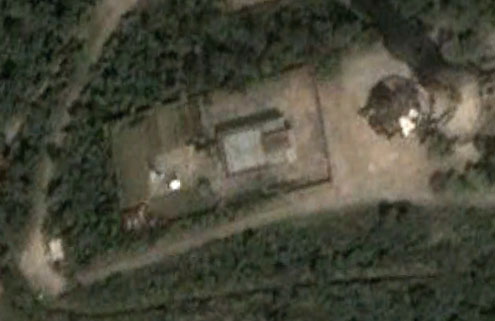 Less than a year later, on April 7, 2005, a couple of much larger dishes are visible. Larger dishes collect more signal so this could mean a desire to pick up a weaker satellite (for example a Japanese satellite that doesn’t put a strong signal into Pyongyang), or the need to maintain a stable picture during bad weather (rain and snow attenuate satellite signals and can often cause picture break-up if the signal is not strong enough). Or it could be a transmitting antenna, which are typically bigger than those for reception. 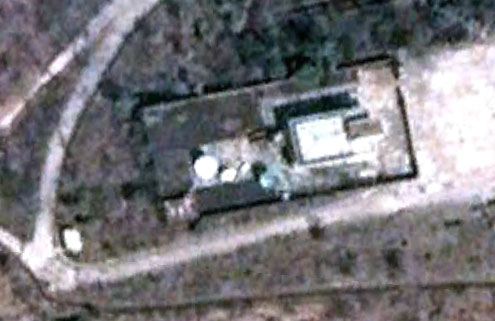 The three antennas, lined up (the right-most antenna appears a dark green color) can be seen clearly in this image from August 6, 2005. 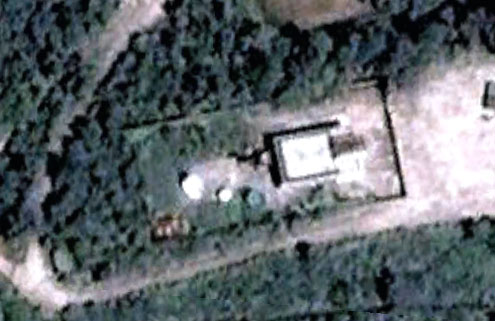 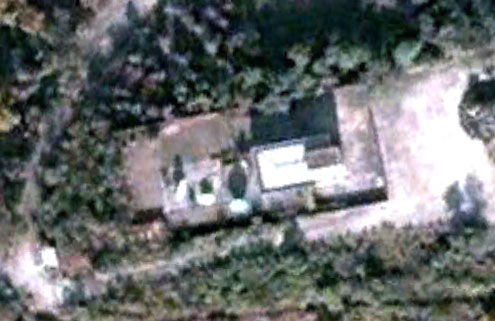 Sometime in the next 14 months a big expansion takes place and by December 26, 2006, there are a significant number of new dishes. From the image, and the shadows of the dish antennas, there appear to be around 14 dishes, each pointing at different satellites. There’s a line of six in front of the building (bottom right of image), four large antennas to their left (one of which is difficult to see because it’s not white, but the shadow is visible), at least one visible antenna towards the top of the area and shadows of at least three more. 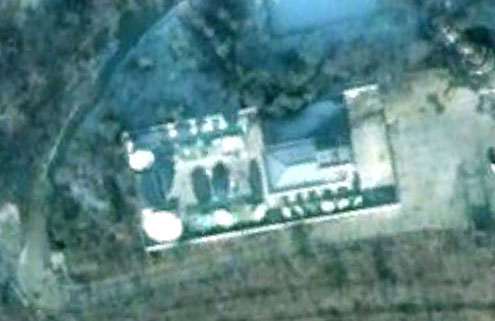 This image from March 23, 2009, shows things a little more clearly and indicates there hasn’t been much change since 2006. 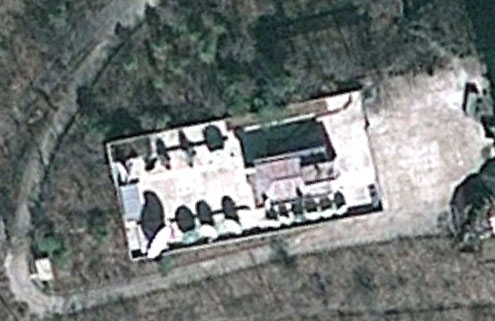 But in 2009 there appeared another spurt of growth, as this image from Dec. 20 shows. Two new structures appear to have been added either side of the road on the southern side. It’s difficult to tell if the circular areas are dishes or mounts for antennas, but nine additional shadows of dishes can be seen. That takes my rough count to 23.

The Google Earth image shows what appear to be an additional two dishes to the south east of the TV tower. A third appears immediately to the east side of the tower, but it’s missing from earlier images so could be reflection.

Here’s a link to the current satellite picture in Google Maps. For historical images you need to view the location in the Google Earth software.

UPDATE 1: After posting this, reader Ray Cunningham sent in a close-up of the building at the base of the TV tower. He took the picture in August 2010 during one of several visits he has made to Pyongyang. The picture is much clearer than the satellite image and reveals many of the dishes are painted in a dark green, making them difficult to see from above. I believe there are 33 dishes in the picture. 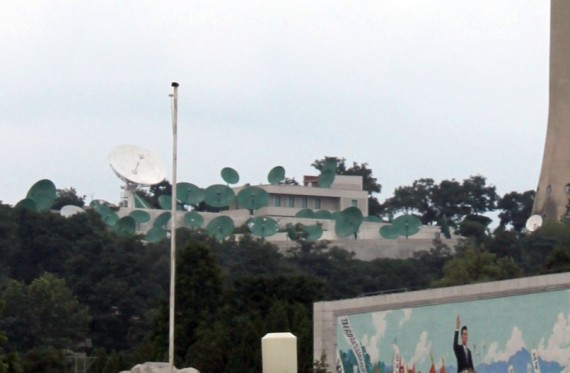 If you’re interested in North Korea, check out his pictures.