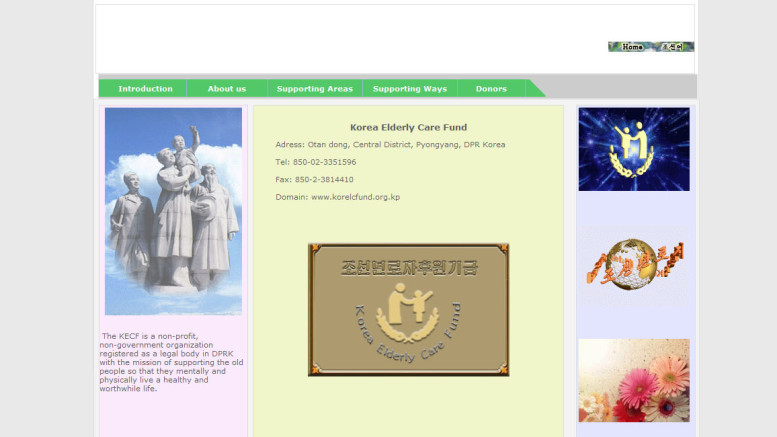 The site, available in Korean and English, introduces the organization and its aims.

The fund was recently established, according to a KCNA report from January this year.

It reported money for the organization will come from “the institution for protecting the aged and those donated by international organizations, charity organizations and overseas compatriots and others.” The new website is already reporting on an €800,000 project with the European Union to help the elderly in the DPRK.

The site also has a photo of what appears to be computer tuition for the elderly. The KCNA report noted that a computer network is among the goals of the organization:

They will be also used for producing and distributing various kinds of publications necessary for the management and protection of the old people’s health, setting up apparatuses for their physical training and rehabilitation and producing tonic, etc.

A national computer network will be established in different parts of the country to care for the old people. — KCNA, January 25, 2011

A second new site, that appears ready to debut, has the domain name http://www.korfilm.com.kp. It’s a blank page for now, but the domain name hints at a website about North Korean movies. We’ll keep an eye on that one.