Koryolink, North Korea’s only 3G network operator, added a record number of subscribers in the second quarter of 2011, but the company will have to push harder if it’s to reach a million users by the end of the year.

The company ended the quarter with 666,517 subscribers, according to Orascom Telecom. Egypt’s Orascom holds a 75 percent stake in Cheo Technology, which operates the service under the Koryolink brand name. The remaining 25 percent stake is held by the government-owned Korea Posts and Telecommunications Co. (KPTC). 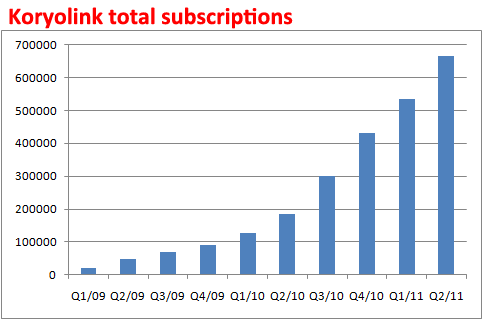 The company added 131,384 subscribers during the April to June quarter, putting the quarter just ahead of the final three months of 2010 when it attracted 130,720 new users.

The company has managed to add at least 100,000 new users in each of the last four quarters as it expanded availability of phones, refill cards and network coverage in the DPRK. 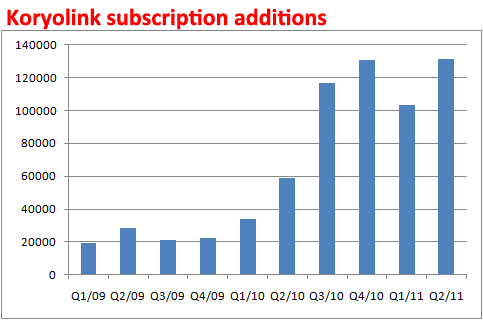 For Koryolink to hit the unofficial 1 million subscriber target that’s been talked about, the company needs to add 333,483 users in the last six months of the year. That means it has to deliver at least one more record-breaking quarter.

Second quarter revenue was US$35.4 million — another record — but for cell phone operators that’s not the only important number. It’s easy to increase revenue at a fast growing business but a perhaps equally important figure is the amount of money each customer spends. This latter measurement, known as ARPU (average revenue per user), has been steadily falling but recovered a little in the second quarter. 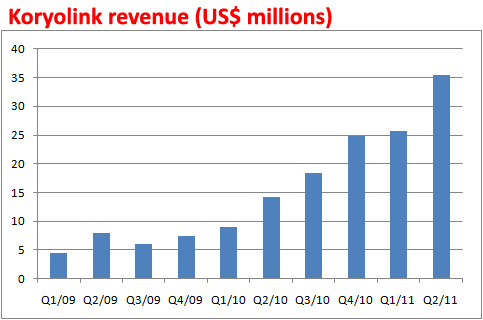 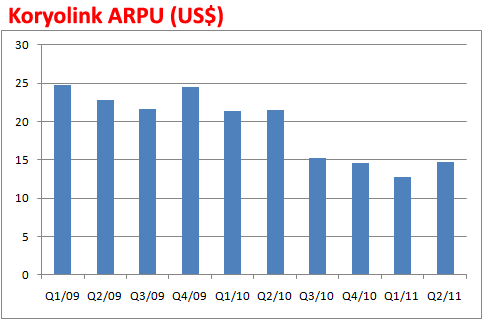 Orascom doesn’t publish profit or loss figures for Koryolink. It said EBITDA (earnings before income tax, deductions and amortization) was US$29 million, more than double the $12.8 million recorded in the same quarter last year.

The 3G network currently covers Pyongyang and 14 main cities, 74 smaller cities, and 22 roads and highways, according to Orascom. That works out to 13.8 percent of the country’s land mass but 92.9 percent of all populated areas.

The full Orascom financial data can be downloaded here.