Hana Electronics and the Hana Music Information Center, one of the last places reported to have been visited by Kim Jong Il before his death, was one of the locations used on Thursday to mourn his passing.

State TV pictures showed a crowd that appeared to be at least in the thousands standing outside the building on the city’s Tongil Street, south of the Taedong River and next to the Tongil Market.

A large picture of Kim Jong Il was placed in front of the building. 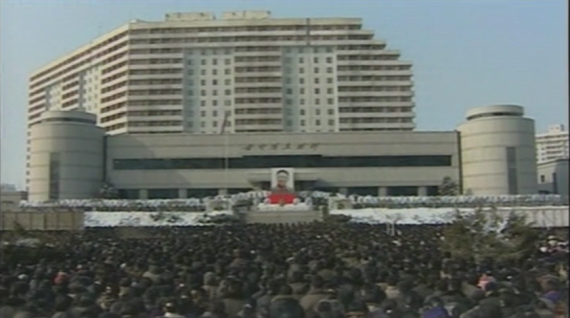 Kim’s visit to Hana Electronics was his penultimate guidance tour and was reported by state-run media on December 15.

He expressed great satisfaction over the fact that the company has produced many various kinds of articles for cultural use after building the production process of electronic products with an annual capacity of hundreds of thousands of products.

Watching DVDs being fitted in the streamline process, he said that products are of high quality and very perfect.

In particular, portable DVD with function of TV is well designed, he said. — KCNA, December 15, 2011

On the same day he was also reported to have visited the Kwangbok Department Store. It was a photo of him on an escalator at the department store that was the last issued of him alive. 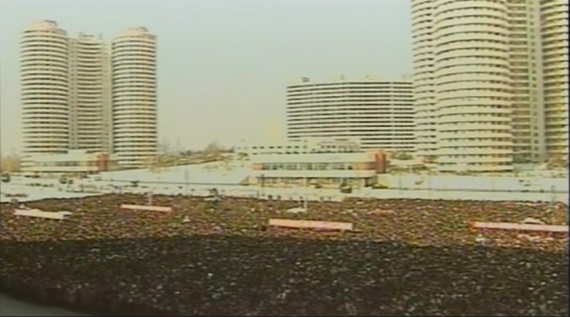 The two areas were shown in addition to the main memorial ceremony that was talking place in Kim Il Sung Square in the heart of Pyongyang.

TV pictures showed amazing scenes of tens of thousands of people lined up in the square.

It was during that service that Kim Yong Nam said of Kim Jong Un:

Standing at the helm of the Korean revolution is Kim Jong Un, the successor to the revolutionary cause of Juche.

Kim Jong Un is the supreme leader of our party and army and people as he fully personified the ideas and leadership, personality, virtues, grit and courage of Kim Jong Il. — Kim Yong Nam, Pyongyang, Dec. 29, 2011

A three-minute silence was observed across the country at noon. During that silence trains and ships sounded their horns.

Here are some more images of the memorial service from Pyongyang, as shown on Korea Central Television. 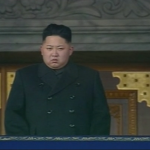 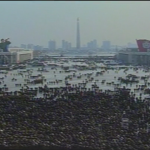 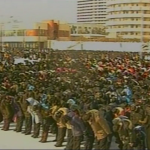 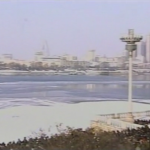 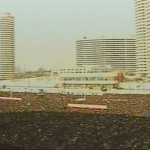 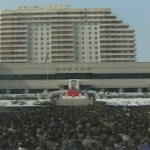 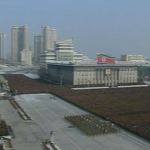 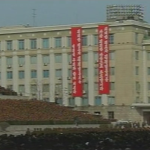 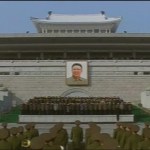 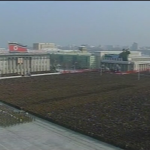 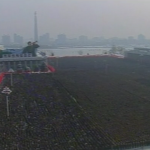 Voice of Korea on Kim’s funeral