Hana Electronics, one of the few DPRK-foreign joint venture companies in Pyongyang, has recently expanded the facilities at its headquarters, it said on its home page.

The company is held equally by the commercial arm of North Korea’s Ministry of Culture and Phoenix Commercial Ventures, and was established in 2003. It began manufacturing DVD and Video CD players in 2004, according to the company’s website.

The company began construction work on a headquarters building south of the Taedong River in the same year. The building is located just to the south west of the Tongil Market and Hana Electronics moved into the building during the first quarter of this year.

The construction progress of the building can be easily seen on Google Earth and I’ve pasted some satellite images below to illustrate the building work.

Now comes word that the headquarters have been expanded with a restaurant,”The Restaurant at Hana”, and leisure facilities that include a swimming pool.

The restaurant and leisure facilities are open to locals and foreigners alike. – Hana Electronics news release

The company has posted a gallery of pictures and a YouTube video, which is embedded under the satellite image gallery. 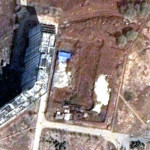 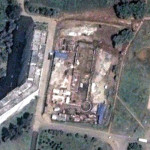 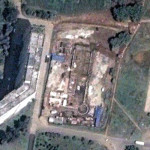 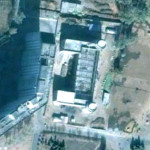 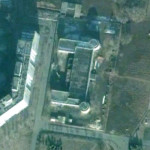 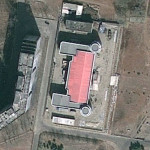 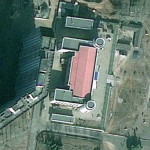 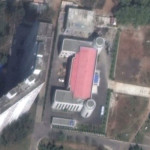